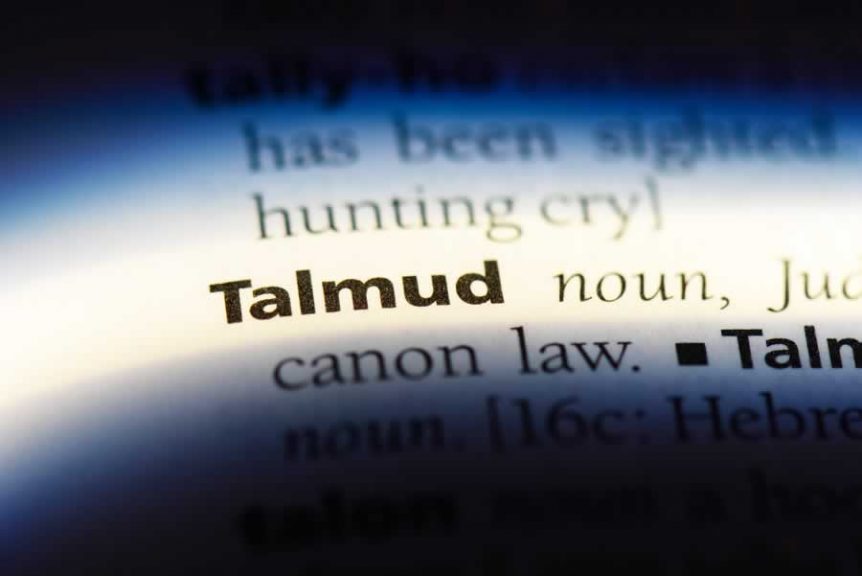 Be diligent to present yourself approved to God as a workman who does not need to be ashamed, accurately handling the word of truth. 2 Timothy 2:15 NASB

What are the 7 Noahide Laws?

Noahide Laws are also called Noachian Laws: a Jewish Talmudic designation for seven biblical laws given to Adam and to Noah before the revelation to Moses on Mt. Sinai and consequently are considered binding upon all mankind.

(as described on Chabad.org)

The 7 Noahide Laws are rules that all of us must keep, regardless of who we are or from where we come. Without these seven things, it would be impossible for humanity to live together in harmony.

Do not profane G‑d’s Oneness in any way.

Acknowledge that there is a single G‑d who cares about what we are doing and desires that we take care of His world.

Do not curse your Creator.

No matter how angry you may be, do not take it out verbally against your Creator.

Do not eat a limb of a living animal.

Respect the life of all G‑d’s creatures. As intelligent beings, we have a duty not to cause undue pain to other creatures.

Whatever benefits you receive in this world, make sure that none of them are at the unfair expense of someone else.

Harness and channel the human libido.

The family unit is the foundation of human society. Sexuality is the fountain of life and so nothing is more holy than the sexual act. So, too, when abused, nothing can be more debasing and destructive to the human being.

Establish courts of law and ensure justice in our world.

With every small act of justice, we are restoring harmony to our world, synchronizing it with a supernal order. That is why we must keep the laws established by our government for the country’s stability and harmony.

These laws were communicated by G‑d to Adam and Noah, ancestors of all human beings. That is what makes these rules universal, for all times, places and people.

Laws made by humans may change according to circumstance. But laws made by the Creator of all souls over all of time remain the same for all people at all times…

Why are the Noahide Laws especially important today?

Today, we are on the verge of a new era for humankind, a time when we will finally live together in peace and the world will be filled with divine wisdom. Those who keep these basic rules will have a share in that world, since, after all, they took part in making it possible.

Although these teachings were recorded in the sacred Jewish texts, for many centuries Jews were not able to speak about them to the people they lived amongst. But in recent times, the foremost rabbi of the Jewish people in the 20th century, Rabbi Menachem M. Schneerson, of righteous memory, encouraged Jews to publicize these teachings, so that the world can prepare for the times of peace and wisdom that are swiftly approaching.

Why are they called the Noahide Laws?

These are called the Noahide Laws because they are the heritage of humanity from our oldest ancestors. Since all humanity are descendants of Noah, who survived the Great Flood, all people today are Noahides.

(End of quote from Chabad.org) 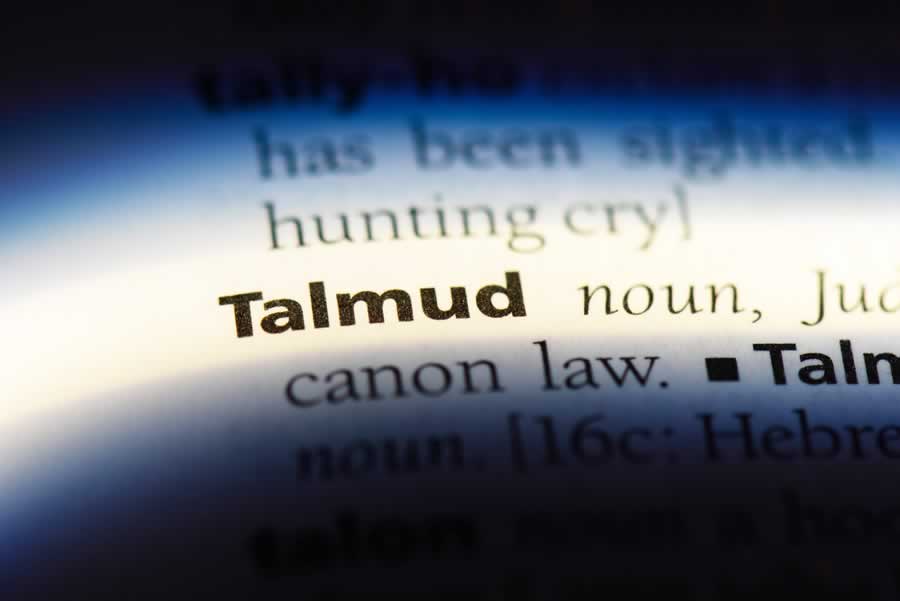 Is it The Truth?

While they seem to be very good moral laws based on Biblical and Rabbinical interpretations, the Noahide Laws is a faulty Replacement of the 10 Commandments. They do not exist in this particular cluster of laws or with this name anywhere in the Bible.

They are Biblical Principles interpreted by Talmudic writings. They were made public by a dead Rabbi from New York that is worshipped by most Hassidic Jews as “King Messiah”. Many believe he will rise again and that he is still sending messages today through his writings and some choice disciples that act like mediums to his current “Prophetic messages” from the grave or from “the world to come”- Haolam Habah (in Hebrew).

Why is it deceptive?

For such men are false emissaries, deceitful workers masquerading as Messiah’s emissaries. And no wonder, for even satan masquerades as an angel of light. 2 Corinthians 11:13-‬14 TLV‬‬‬‬‬ 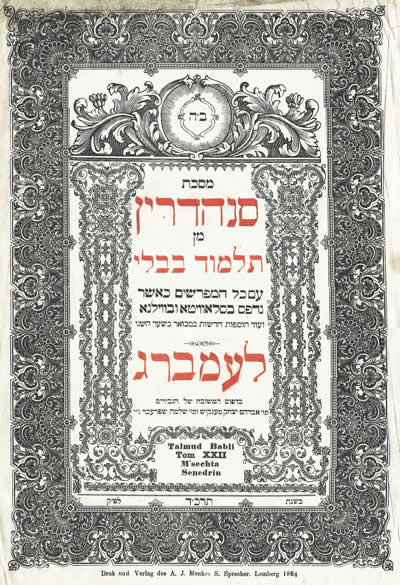 The Talmud has become the source of modern day Rabbinical Judaism rather than the Torah and the Prophets in the Bible. The Talmud comes from the Oral Law or “Torah she beal Peh”.

According to Jewish tradition, the Oral “Torah” was passed down orally in an unbroken chain from generation to generation until its contents were finally committed to writing following the destruction of the Second Temple in 70 CE. This is when Jewish civilization was faced with an existential threat after the main religious establishment rejected Yeshua from Nazareth as the Promised Messiah and as the Ultimate Sacrifice for sin.

The Talmud is a mixture of Truth from the Holy Scriptures, fables, religious traditions and lying interpretations of the Bible and even of history – especially as it pertains to the Person and Life of Yeshua. It discredits His Divinity and Messiahship. It is a Replacement Torah and Replacement Messiah Yeshua theology. It is keeping millions of Jews from recognizing the true Jewish Messiah.

Who are the Noahides?

Nowadays this term is primarily used to refer specifically to those non-Jews who observe the Seven Laws of Noah. According to a Noahide source in 2018, there are over 20,000 Noahides, and the country with the greatest number is the Philippines. However, these laws are embraced by others and even government figures that are not labeled Noahides.

Behold My servant, whom I uphold. My Chosen One, in whom My soul delights. I have put My Ruach on Him, He will bring justice to the nations. He will not be disheartened or crushed until He establishes justice on earth. The islands will wait for His Torah. Isaiah 42:1, ‬4 TLV‬‬‬‬‬

It is time to bring both the written and the Living Torah, Yeshua the Jewish Messiah, to the Nations. This will bring about Sheep Nations that YHVH will call “My People”.

Join The United Nations for Israel to turn YOUR nation into a Sheep Nation, one person at a time. This will happen through Torah Truth and Ruach Spirit, by embracing the Gospel made in Zion as preached by the Jewish Apostles 2000 years ago, and by standing for Israel’s Restoration to her Promised Land and her Living God.

Join the Most Important Move of the Spirit in the 21st Century!

‘In that day many nations will join themselves to Adonai and they will be My people and I will dwell among you.’ Then you will know that Adonai -Tzva’ot has sent me to you. Adonai will inherit Judah as His portion in the holy land and will once again choose Jerusalem. Be silent before Adonai, all flesh, for He has aroused Himself from His holy dwelling.” Zechariah 2:15-‬17 TLV (11-13 in other versions)‬‬‬‬‬

WATCH Overcoming by the Blood of the Lamb

This teaching from the Uniting Nations for Israel Tour explains how to be victorious in every battle we face. Join Archbishop Dominiquae Bierman in Revelation Chapter 12 as she examines the woman (Israel) fighting against the dragon, overcoming by the blood of The Lamb of God, Yeshua our Messiah. He did His part – we must now lay down our lives, remaining humble and teachable in order to achieve victory. This teaching uses the word as a laser, removing Replacement Theology from The Bride (believers in Messiah), allowing us to move from glory to glory.

The Healing Power of the Roots by Dr. Dominiquae Bierman

The Healing Power of the Roots

This change applies to all new students; for previously-registered active students in the Individual GRM Online Course these requirements will start in the Level they are studying when the changes became effective.