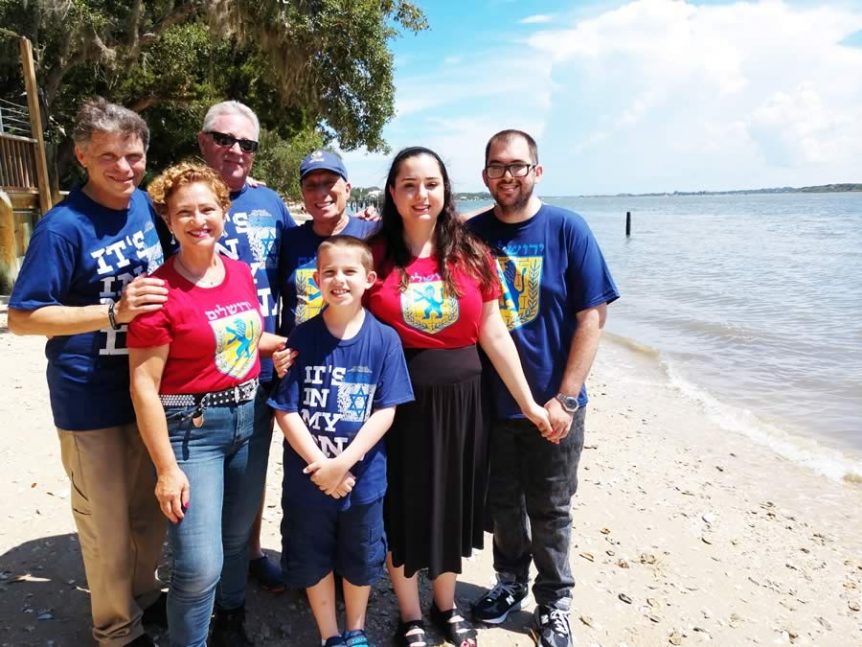 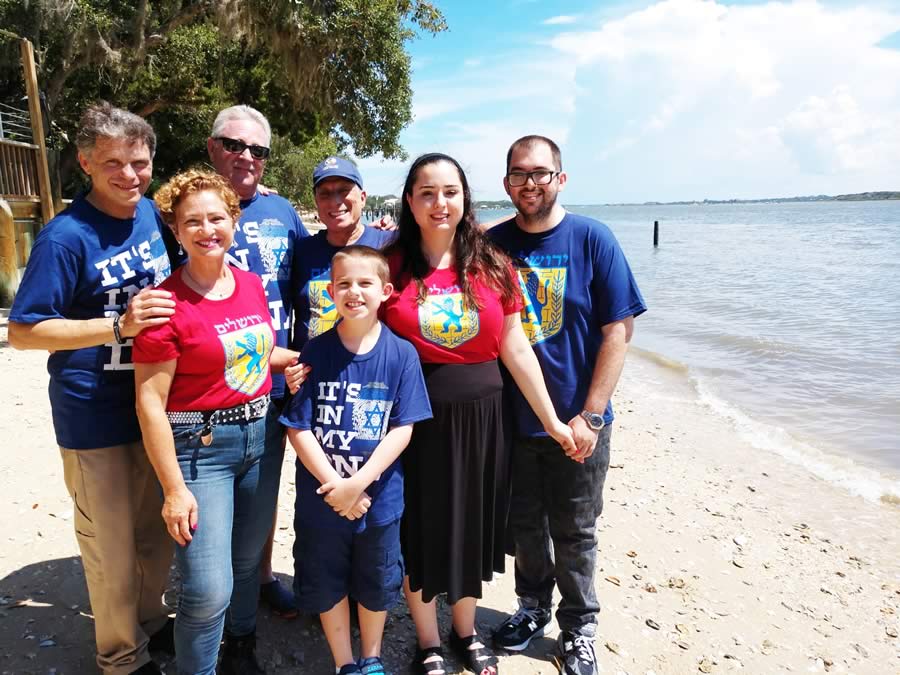 He will turn the hearts of fathers to the children, and the hearts of children to their fathers—else I will come and strike the land with utter destruction.”
Malachi 3:24 TLV

Family is the subject of countless “Walt Disney” movies and fairy tales; but is it possible to have a happy family?

As ministers of Yeshua, we have prayed for and instructed countless people in our last 30 years of ministry. At the roots of most emotional, spiritual, and even physical difficulty is almost always a family relationship gone sour.

For 15 years, Rabbi and I walked in mental hospitals catering to our closest loved ones suffering from depression and other woes. There we found that the roots of most depression and psychological problems are roots of bitterness against father or mother.

Anger and hatred of parents seem to be the common denominator among those with psychiatric problems and also among the addicts to alcohol, drugs, and others.

‘Honor your father and your mother just as Adonai your God commanded you, so that your days may be long and it may go well with you in the land Adonai your God is giving you. Deuteronomy 5:16 TLV

When we have anger and bitterness to parents with it’s ensuing dishonoring attitudes, things do not go well with us.

All the way to Adam, the first father and mother of us all, we could say that our parents do not deserve our love and respect. After all, it was this First Couple that got all humanity in trouble by disobeying and disbelieving their Creator and Heavenly Father.

The result was jealousy and murder among the siblings.

Cain murdered his brother Abel and was jealous of him. After all, Cain was the Firstborn and then came Abel that robbed him of being the sole focus of attention.

His parents Adam and Eve though the only parents in the world were not a good example to the kids. They were rebellious to the Creator, and all their lives and relationship was cursed. They had lost Elohim’s Presence and Favor, and they were blaming each other for it.

Then He said, “Who told you that you are naked? Have you eaten from the Tree from which I commanded you not to eat?” Then the man said, “The woman whom You gave to be with me—she gave me of the Tree, and I ate.”
Genesis 3:11-‬12 TLV ‬‬‬

The atmosphere in that first family must have been toxic.

To the woman He said, “I will greatly increase your pain from conception to labor. In pain will you give birth to children. Your desire will be toward your husband, yet he must rule over you.” Then to the man He said, “Because you listened to your wife’s voice and ate of the tree which I commanded you, saying, ‘You must not eat of it’: Cursed is the ground because of you— with pain will you eat of it all the days of your life. Thorns and thistles will sprout for you. You will eat the plants of the field, By the sweat of your brow will you eat food, until you return to the ground, since from it were you taken. For you are dust, and to dust will you return.”
Genesis 3:16-‬19 TLV ‬‬‬

Yet Abel was choosing the way of worship to the Father in Heaven that the sin of his parents had deprived them of. He offered to Him the first and the best.

while Abel—he also brought of the firstborn of his flock and their fat portions. Now Adonai looked favorably upon Abel and his offering,
Genesis 4:4 TLV

But his brother Cain murdered him ending that worthy attempt. Abel definitely got the better portion. He died and went instantly for all eternity to the Presence of the God he had honored while Cain was doomed to life under the curse. 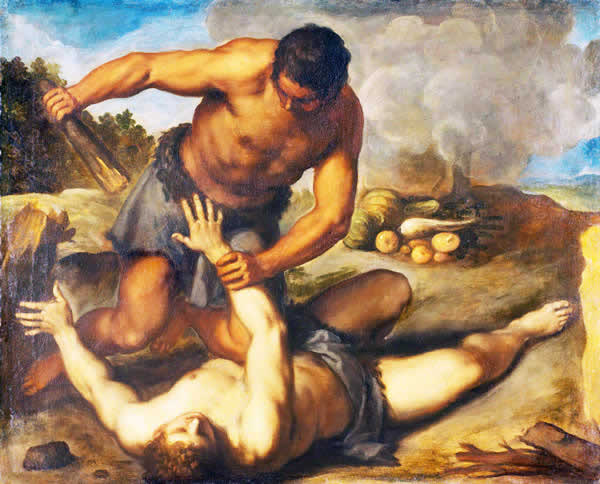 Thousands of years later, Elohim Himself decided to solve the estrangement between Him and humanity. He sent His only begotten Son, part of His own being to be born in this world as the Last Adam in the form of a Jew by the name of Yeshua, meaning “Salvation.”

But when the fullness of time came, God sent out His Son, born of a woman and born under law— to free those under law, so we might receive adoption as sons. Now because you are sons, God sent the Ruach (Spirit) of His Son into our hearts, who cries out, “Abba! Father!” So you are no longer a slave but a son—and if a son, also an heir through God.
Galatians 4:4-‬7 TLV ‬‬‬

His death, contrary to the death of Abel, would now be able to achieve the purpose of reconciling between the Creator God and Mankind. And once any man or woman would be reconciled with the Originator of Life, they could now bring life to their own families.

“Remember the Torah of Moses My servant, whom I commanded at Horeb—statutes and ordinances for all Israel. “Behold, I am going to send you Elijah the prophet, before the coming of the great and terrible day of Adonai . He will turn the hearts of fathers to the children, and the hearts of children to their fathers—else I will come and strike the land with utter destruction.”
Malachi 3:22-‬24 TLV 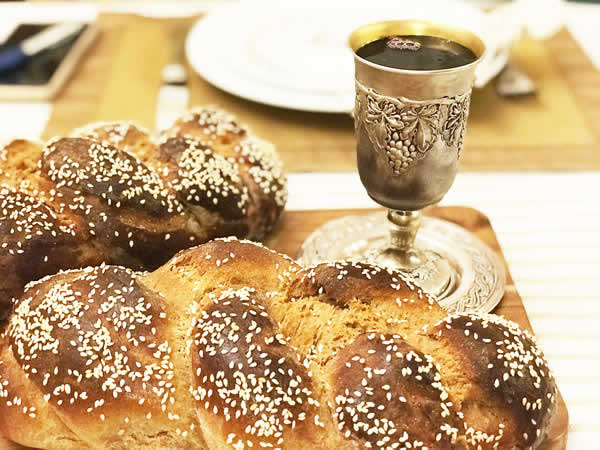 This is the order for the Restauration of any family.

Thus says Adonai : “A voice is heard in Ramah —lamentation and bitter weeping— Rachel weeping for her children, refusing to be comforted for her children, because they are no more.” Thus says Adonai : “Restrain your voice from weeping and your eyes from tears. For your work will be rewarded” —it is declaration of Adonai — “when they will return from the land of the enemy. So there is hope for your future” —it is declaration of Adonai — “when your children will return to their own territory.
Jeremiah 31:14-‬16 TLV ‬‬

To the next generations, we can now leave a Legacy, a Spiritual Inheritance to follow. The same grace that we received from Abba Shebashamayim (Father in Heaven) through Yeshua our Messiah we extend now to you; that you may live for Him and before Him and teach your children to do the same.

“Now if you listen obediently to the voice of Adonai your God, taking care to do all His mitzvot that I am commanding you today, Adonai your God will set you on high—above all the nations of the earth. Then all these blessings will come upon you and overtake you, if you listen to the voice of Adonai your God: “Blessed will you be in the city, and blessed will you be in the field. “Blessed will be the fruit of your womb, the produce of your soil, and the offspring of your livestock—the increase of your herds and the young of your flock. Deuteronomy 28:1-‬4 TLV ‬‬‬ 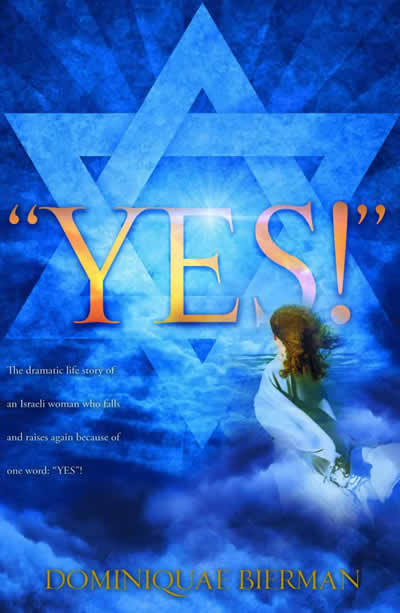 It’s never too late to start. Rabbi and I had children on both sides when we got married. We made all the mistakes possible before we met the Messiah and gave Him our life. All our children were beyond reach, I was even denied my own motherhood by the courts of Israel mainly because of my faith, but it is my past sins that led me to that point.

My kids lost their father to suicide and spent on and off a sum of 15 years in the limbo of coming and going from mental hospitals in Israel. Rabbi had not even met one of his sons until his 55th birthday, and the other son that he knew was estranged from him and lost in bars and drugs.

But I had the Promise of Jeremiah 31:16, which has become a reality. For unlike earthly fathers that often break their promises to their children, our Father in Heaven never does. It may take years, but as you walk with Him and talk with Him, it will come to pass, and it will never fail.

Rabbi and I prayed, obeyed, and believed. 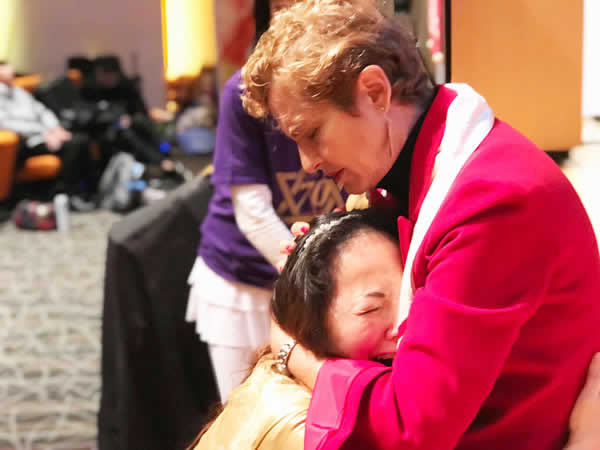 He gave His heart to us when Yeshua laid His life on the altar of sacrifice to pay for our sins and rebellion. The Heart of the Father was given to us the children through Yeshua His only Son, that He may reconcile us to Himself. When we respond by giving Him our life and heart back, the process of restoration begins.

Then the earth can be blessed, and our earthly families can be restored in the same way.

We have prayed for and pursued our estranged children for years. Our hearts have been turned to them if they respond with honor and love towards us; our family will be an example of the Blessing in the earthly realm and for Eternity as well. We have begun to see marks of this, and though it is a process that often takes years, the Signature of the Creator can be seen in our combined, impossible to mend family.

We praise the One through whom all impossible things become possible when we walk in Yeshua.

And if you have no godly parents and you are not married, and you are alone, He promised to give you a family when you walk with Him doing His will without reservations.

A father of orphans, defender of widows, is God in His holy dwelling. God settles the lonely in a (family) home. He leads prisoners out to prosperity. But the rebellious live in a parched land. Psalms 68:6-‬7 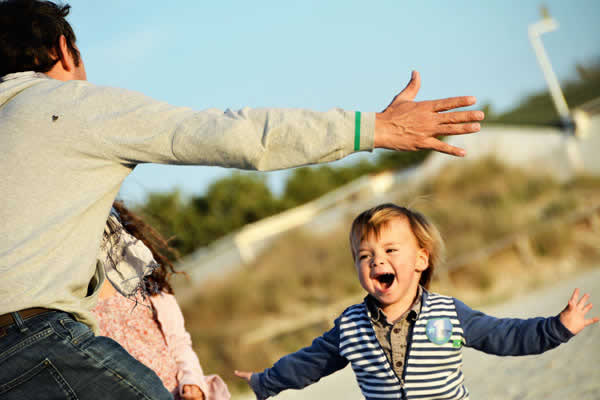 A POWERFUL PRAYER FOR YOU

(You can declare it for yourself and your family daily by personalizing it.)

For this reason, I bow my knees before the Father— from Him, every family in heaven and on earth receives its name. I pray that from His glorious riches He would grant you (me, us) to be strengthened in your inner being with power through His Spirit , so that Messiah may dwell in your hearts through faith. I pray that you, being rooted and grounded in love, may have strength to grasp with all the holy believers what is the width and length and height and depth, and to know the love of Messiah which surpasses knowledge, so you may be filled up with all the fullness of God. Now to Him who is able to do far beyond all that we ask or imagine, by means of His power that works in us, to Him be the glory in the community of believers and in Messiah Yeshua throughout all generations forever and ever! Amen.
Ephesians 3:14-‬21 TLV ‬‬‬

For the Lion of Judah; 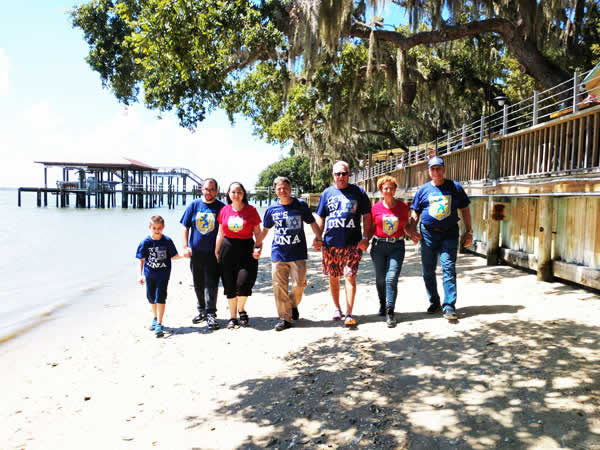 To say thank you – support this ministry

Book of the Week :

Share in the joyous conclusion of the UNIFY Embassy dedication, hosted by UNIFY President and Founder Archbishop Dominiquae Bierman. Insights from invited guests explain the scriptural fulfillment being seen throughout Israel as The People, The Land, and The God of Israel become one. Through UNIFY we are connecting to the past as we move forward, joining together as Ambassadors of Reconciliation between our nations and Israel. “The best is yet to come”, as One New Man continues forming!