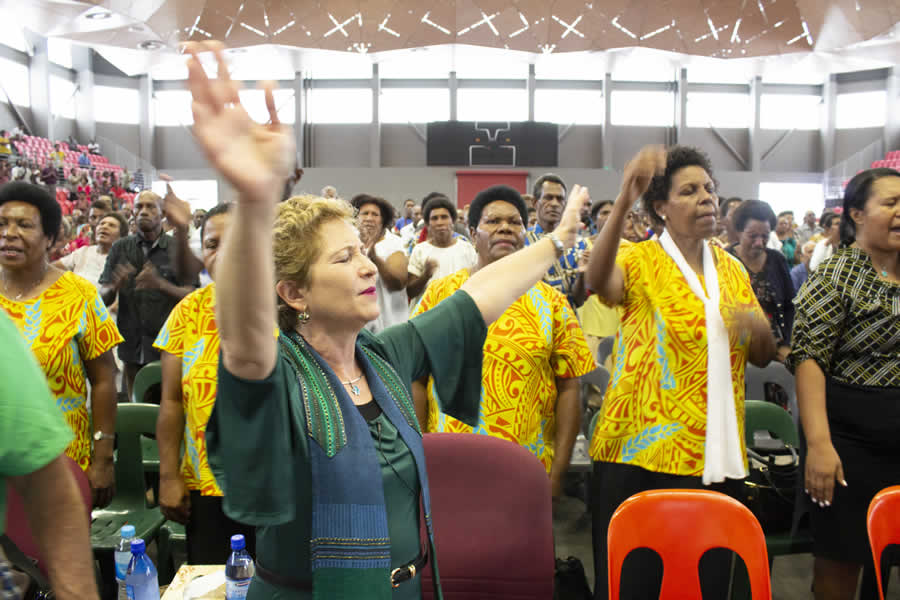 “Now with each lamb for the burnt offering or sacrifice, you are to prepare a fourth of a hin of wine as a drink offering. Numbers 15:5 TLV

When one studies the sacrificial system in the Torah, we can see many instructions that give us revelation on how to live before YHVH.

One of the most enlightening principles is the one about burnt lamb offerings- notice they all had to be presented with WINE. Burnt offerings are TOTAL offerings, the whole lamb was burnt before Adonai. Unlike the other offerings where the priests would eat them along with their families after they were presented to Yah, the burnt offerings were not eaten by the priest. Adonai got it all!

This is the regular burnt offering initiated at Mount Sinai, as a pleasing aroma, a fire offering to Adonai. Numbers 28:6 TLV

In this case the instructions were to present it with a drink offering of wine to be poured on the altar where the meat was burning. The aroma of burning lamb and wine would be a pleasant aroma to the Most High and, in return, He would have MERCY on the giver or on the nation. His wrath because of sins committed would subside – His unprecedented Grace and Favor would release His Blessing on the giver or the entire nation.

You are to also offer as the drink offering half a hin of wine as a fire offering, a pleasing aroma to Adonai. Numbers 15:10 TLV 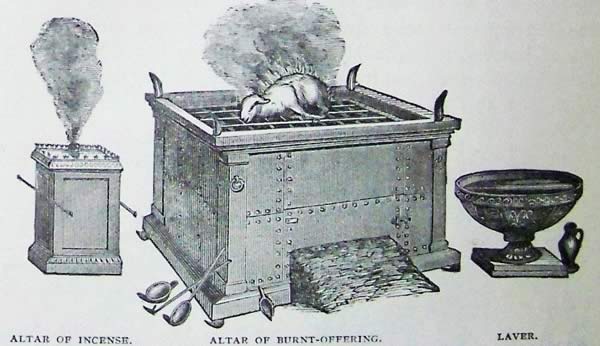 Some of the most memorable of those burnt offerings was the one that Noah presented after the flood. It provoked Elohim to make a covenant with all of Mankind:

Then Noah built an altar to Adonai and he took of every clean domestic animal and of every clean flying creature and he offered burnt offerings on the altar. When Adonai smelled the soothing aroma, Adonai said in His heart, “I will never again curse the ground on account of man, even though the inclination of the heart of humankind is evil from youth. Nor will I ever again smite all living creatures, as I have done. Genesis 8:20-‬21 TLV‬‬‬

Another significant one was by King David, when his burnt offering was presented upon the threshing floor of Arauna the Jebusite (Mount Moriah-The Temple Mount), which stopped the plague and the judgment of YHVH.

Then David built there an altar to Adonai, and offered burnt offerings and fellowship offerings. So Adonai was moved by prayer of entreaty for the land, and restrained the plague from Israel. 2 Samuel 24:25 TLV

Burnt offerings are costly. King David refused to “cut corners” by getting the threshing floor and all the elements of the offering for free.

But the king said to Araunah, “No, but I will surely buy it from you at a price. I will not offer burnt offerings to Adonai my God that cost me nothing.” So David bought the threshing floor and the oxen for 50 shekels of silver. 2 Samuel 24:24 TLV

This purchased threshing floor is Mount Moriah (which became the Temple Mount) and David purchased it for all generations. The Temple Mount belongs to the Tribe of Judah, to the House of David, to Yeshua the Son of David forever.

So Solomon went up before Adonai to the bronze altar that was at the Tent of Meeting and offered 1,000 burnt offerings on it. That night God appeared to Solomon and said to him, “Ask! What should I give you?” 2 Chronicles 1:6-‬7 TLV‬‬‬

But what does the Wine represent and why is it needed to accompany the burnt offering?

You have put joy in my heart— more joy than when their grain and new wine overflow. 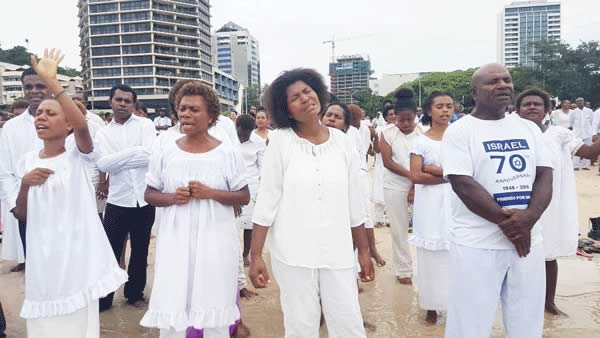 Wine always represents Joy, so when we present a burnt offering, which is a TOTAL offering to Adonai, we are to do so with joy, with Thanksgiving, with a cheerfully heart- for He loves a cheerful giver.

Let each one give as he has decided in his heart, not grudgingly or under compulsion—for God loves a cheerful giver. 2 Corinthians 9:7 TLV

When you give an offering that costs you (or what I call a Total Offering or a “Potent Seed”), do not forget to do it with Joy. It will bring unprecedented breakthroughs in your life and in the life of those who are entrusted to you.

I urge you therefore, brothers and sisters, by the mercies of God, to present your bodies as a living sacrifice—holy, acceptable to God—which is your spiritual service. Do not be conformed to this world but be transformed by the renewing of your mind, so that you may discern what is the will of God—what is good and acceptable and perfect. Romans 12:1-‬2 TLV‬‬‬

When our lives are totally given over to YHVH, we become that burnt offering that keeps on burning for Him and His Kingdom as a Living Sacrifice.

Loved ones, do not be surprised at the fiery ordeal taking place among you to test you—as though something strange were happening to you. Instead, rejoice insofar as you share in the sufferings of Messiah, so that at the revelation of His glory you may also rejoice and be glad. 1 Peter 4:12-‬13 TLV‬‬‬

Even when the fire gets hot and the fiery trials abound, don’t forget to add the Joy to your life as you sing and praise – and release the Wine of the Spirit – as you offer yourself to Him day after day. 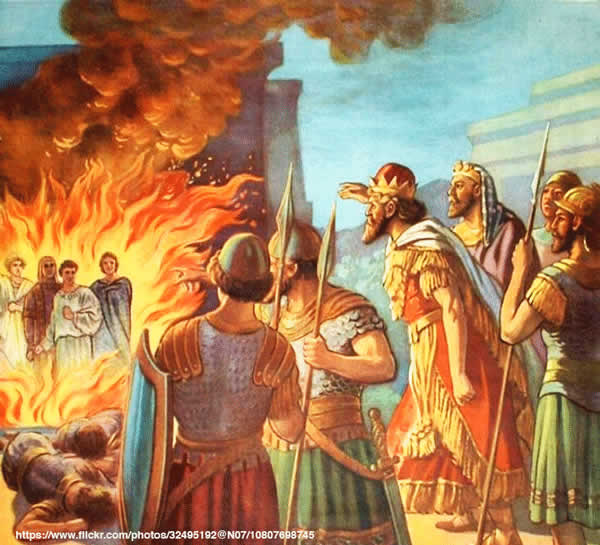 The three Hebrew children in the Book of Daniel offered themselves into the fiery oven rather than betray Yah and their godly principles. They would not worship gold or Mammon.

If it is so, our God whom we serve is able to save us from the furnace of blazing fire and He will deliver us out of your hand, O king. Yet even if He does not, let it be known to you, O king, that we will not serve your gods, nor worship the golden image that you set up.” But he answered saying, “Look! I see four men walking about unbound and unharmed in the middle of the fire, and the fourth has the appearance like a son of the gods!” Daniel 3:17-‬18, ‬25 TLV‬‬‬‬‬‬

They did this with Joy and Yeshua was with them! They were rescued and did not even smell from smoke.

When the satraps, administrators, governors and royal ministers had gathered around, they saw that the fire had no effect on the bodies of these men. Not a hair of their head was singed, nor were their robes scorched, nor was there a smell of fire on them. Daniel 3:27 TLV

That is the power of the wine (joy) accompanying the (total) burnt offering. When you hold nothing back from Him in the fiery seasons of life and during fiery trials, then Yeshua will ALWAYS be with you – and unprecedented miracles and favor will be released.

Singing in the Fire

For Zion’s sake I will not keep silent. Isaiah 62:2 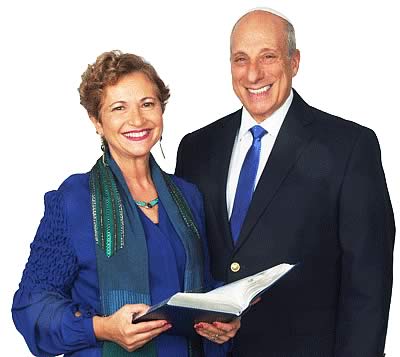 Support our Mission of Restoration:

United Nations for Israel President and Founder Archbishop Dominiquae Bierman shares on how repentance (or Teshuvah in Hebrew) is needful to unify believers with Messiah and each other. In order to be Echad (one), Gentiles must embrace the message preached over 2,000 years ago by Jewish apostles, bringing us together in Yeshua our Messiah.

The Restoration of The Holy Giving
For where your treasure is, there your heart will be also. Matthew 6:21

This book will help you come out of spiritual and financial drought at the speed of light!
https://kad-esh.org/shop/restoration-of-holy-giving/