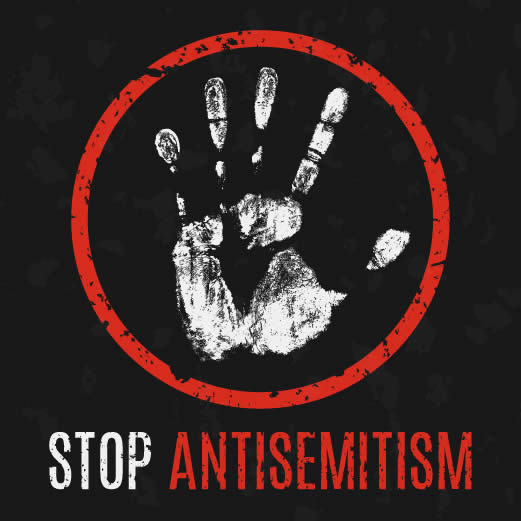 And he said, “The Lord has sworn; the Lord will have war against Amalek from generation to generation.” Exodus 17:16 NASB

Many years ago I stood outside the massive walls of a church near the Auschwitz-Birkenau death camps in Poland, asking the Almighty the following question:
“How could the Shoa (Nazi Holocaust) have been prevented?”
His answer to me was,
“There was no Esther Church at that time.”
Had there been an Esther Church then six million of my people would have not been exterminated.

The answer of the God of Israel placed the responsibility of the protection and the wellbeing of His Jewish People on the Church, one He called an Esther Church.

I set myself to facilitate the formation of such an Esther Church in order to prevent another Anti-Semitism Amalekite Haman outbreak for murdering more Jews.

To my delight today there are a few Christian organizations that are showing the marks of an Esther Church.

But what is an Esther Church and what distinguished Esther to become the heroine of an entire book in the Bible? 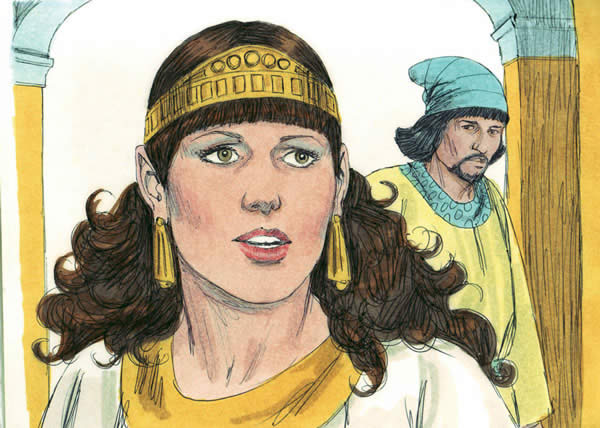 If I had to sum up the one important factor that made Queen Esther the uncontested savior of her people it was identity.

When she was called to task by her cousin and adoptive father Mordechai, she first said NO. No, I am not willing to risk my life for the Jewish People. She had forgotten her identity as a Jew. She was comfortable and protected in the harem of the king and she was willing to see her people murdered rather than to lose her comforts.

Mordechai also gave a written copy of the decree, which had been distributed in Shushan, for their annihilation, to show to Esther and to explain it to her. He instructed her to go in to the king, to beg his favor and plead before him on behalf of her people. Hathach went back and reported to Esther what Mordecai had said. Then Esther spoke to Hathach and gave him instructions for Mordecai:

Then Esther spoke to Hathach and gave him instructions for Mordecai: “All the king’s servants and the people of the king’s provinces fully understand that for anyone, man or woman, who approaches the king in the inner courtyard without being summoned, he has one law—that he be put to death, unless the king extends his golden scepter permitting him to live. But I have not been summoned to come to the king for 30 days.” So they conveyed Esther’s words to Mordecai. Esther 4:10-12

The Church has also forgotten her identity, days without number. She has considered herself a Romanized Christian with Roman feasts and traditions and she is comfortable that way. Anti-Semitism is rising to the highest proportions since World War 2, but she is comfortable. She is not a Jew – or is she?

When Gentiles received the New Covenant in the Blood of a Jewish Messiah she was grafted into a Jewish Olive Tree, thus becoming one with Israel.

But if some of the branches were broken off and you—being a wild olive—were grafted in among them and became a partaker of the root of the olive tree with its richness, do not boast against the branches. But if you do boast, it is not you who support the root but the root supports you. Romans 11:17-18 TLV

Not replacing or usurping Israel’s place but joining Israel like Ruth joined Naomi. 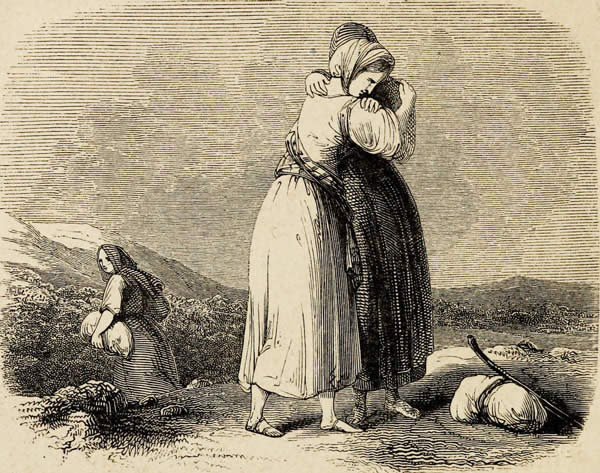 Ruth replied, “Do not plead with me to abandon you, to turn back from following you. For where you go, I will go, and where you stay, I will stay. Your people will be my people, and your God my God. Where you die, I will die, and there I will be buried. May Adonai deal with me, and worse, if anything but death comes between me and you!” Ruth 1:16-17 TLV

But the Church today for the most part is not grafted into the Olive Tree but into a Roman, Pagan Christmas Tree. Thus she has lost her true identity. Not only has the identity of our Jewish Messiah been replaced with a Romanized Christ, but the identity of the Church has been stolen as well. Therefore, there was no Esther Church to prevent the Shoa ( Nazi Holocaust) from happening during Second World War.

Will there be one today? It depends on us restoring the true identity of the Jewish Messiah and with it the Identity of His Bride.

Recovering from this age old IDENTITY THEFT is the order of the hour – if not completed, a great judgment on the Church and the nations will be released. The signs are already here!

Mordechai’s reply to his lukewarm and comfortable cousin was,

For if you remain silent at this time, relief and deliverance will arise for the Jews from another place—but you and your father’s house will perish. Who knows whether you have attained royal status for such a time as this?” Esther 4:14 TLV 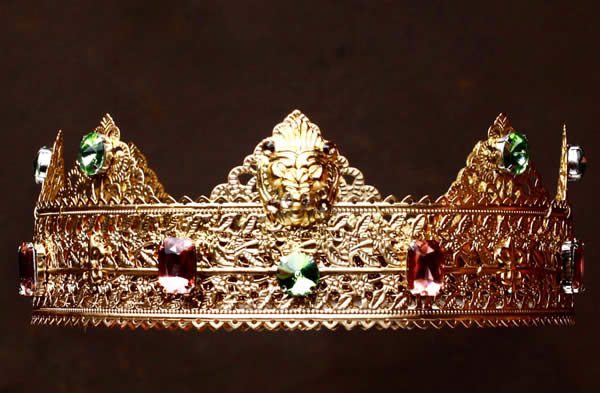 However Esther was an orphan since the Babylonian exile. Mordechai was the only father she had. Was Mordechai dooming himself? Or was Esther’s father’s house another house?

There was a Jewish man in the Shushan palace whose name was Mordecai, son of Jair son of Shimei, son of Kish, a Benjamite, who had been taken into exile from Jerusalem with the captives that had been carried away with King Jeconiah of Judah, whom King Nebuchadnezzar of Babylon had taken away. He had raised Hadassah—that is Esther—his uncle’s daughter, for she had neither father nor mother. The girl was attractive and had a beautiful figure. When her father and mother died, Mordecai took her to him as his own daughter. Esther 2:5-7 TLV

Esther had no father, no mother, no father’s house. She was now married to the King of Persia who had become her husband and by proxy all of his father’s house became her father’s house. If the father of the king was alive, then Esther might have had a father-in- law.

Could it be that Mordechai was letting her know that, if she did not help her own people, the God of Israel would judge her and her in-law family, the Persian Royal family that she belonged to? You see, the King of Persia was regarded as the Father of his nation. In that sense he also was Esther’s father as well as husband. Mordechai’s warning to her (paraphrased) would have been,

If you do not fight for the Covenant Jewish People that birthed you and raised you, we will be delivered anyway, for God has a covenant with us. But you that have become ONE with the King of Persia and his people will perish. Not only you, but your king and father and all the Persian People.

Esther apparently got the picture, as she repented and went to fast before she interceded with her king. For the first time she owned her forgotten identity as a Jew. 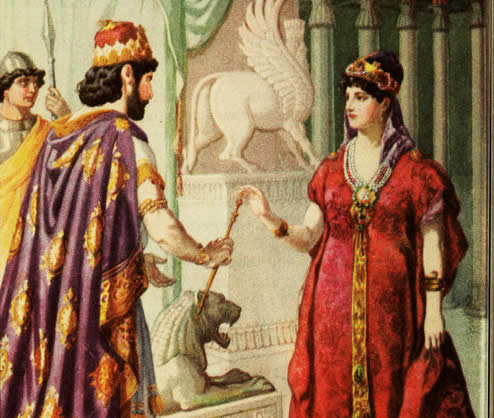 So Queen Esther answered, “If I have found favor in the eyes of the king, and if it pleases the king, grant me my life—this is my petition. And spare the life of my people—this is my request! For we have been sold, I and my people, for destruction, slaughter and annihilation. If we had simply been sold as male and female slaves, I would have remained silent, for such distress would not be worth disturbing the king.” Esther 7:3-4 TLV

Her Act of Intervention was risky but she was not intervening only for the Jewish Nation, no! She was actually rescuing Persia from annihilation as she was now a Persian. This is a principle repeated all over the Scriptures. Any person or nation that comes against Israel would incur the wrath of the God of Israel.

“For thus says Adonai -Tzva’ot , He has sent me after glory to the nations that plundered you—because whoever touches you touches the apple of His eye— ‘For behold, I will shake My hand against them and they will be plunder to their servants.’ Then you will know that Adonai -Tzva’ot has sent me. Zechariah 2:8-9 TLV

The rest is His-Story, as wicked Haman was hanged in the gallows he had prepared for Mordechai the Jew. So where his ten sons.

So they hanged Haman on the gallows that he had prepared for Mordecai. Then the king’s rage subsided. Esther 7:10 TLV

With all the dangerous snakes killed, the Jews could defend themselves and overcome their enemies. Queen Esther was elevated to Prominence and Mordechai became the advisor of the king instead of the Amalekite Haman.

Then Mordecai went out from the king’s presence in blue and white royal robes, with a large gold crown, and also a purple robe of fine linen.The city of Shushan shouted and rejoiced. For the Jews there was light and gladness, joy and honor. Throughout every province and throughout every city, wherever the king’s edict and his law went, the Jews had gladness and joy, banquets and holidays. Many peoples of the land became Jews, because the fear of the Jews had overcome them. Esther 8:15-17 TLV

By the end of the book Queen Esther’s Identity is fully restored, the name of her Jewish father’s house is now remembered. She was now identified as the daughter of Abihail. Abihail means a Mighty Father. She was now a full daughter of the Most High. Her orphanhood and her misplaced identity was a thing of the past.

Then Queen Esther the daughter of Abihail, and also Mordecai the Jew, wrote with full authority to confirm this second letter of Purim. Esther 9:29 TLV

All is well when it ends well.

Will it end well for the Church and the nations the Church represents? Only if an Esther Church arises to intervene with their governments and authorities to crush the hideous rise of Anti Semitism.

For such an Esther Church to arise she must restore her Identity as grafted into the Jewish Olive Tree and as a worshipper of a Jewish Messiah. Only a Jewish Messiah within her can overturn Anti-Semitism and the judgment of the Nations because of the cause of Zion. A Roman Christ won’t do! 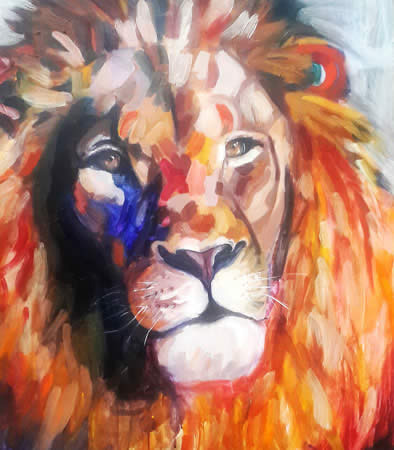 For an Esther Church to arise we must recover the Stolen Identity of the Jewish Messiah Yeshua who, like Mordechai the Jew, is knocking at our door.

You worship what you do not know; we worship what we know, for salvation (Yeshua) is from the Jews. John 4:22 TLV

This is not a moment too soon for an Esther Church to ARISE!

For Adonai is enraged at all the nations, and furious at all their armies. He will utterly destroy them. He will give them over to slaughter. So their slain will be thrown out, and the stench of their corpses will rise, and the hills will be drenched with their blood. For Adonai has a day of vengeance, a year of recompense for the hostility against Zion. Isaiah 34:2-3, 8 TLV

For the Lion of Judah,

“Turning nations into sheep nations, one person at a time.” 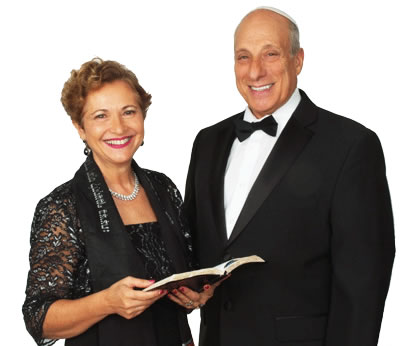 To become a member of the United Nations for Israel:

To Send Your Purim Offerings:

Book of the Week: Sheep Nations

This eye-opening teaching by Archbishop Dominiquae Bierman continues from the Bible School on Wheels in Israel. Learn how using the name of Jesus hides His true Jewish identity, which has placed the Church into exile due to a Babylonian-type religious system called Christianity. True worship requires devotion to YHVH only, eradicating all replacement theology from our lives and establishing a covenant relationship with Yeshua, our Jewish Messiah.