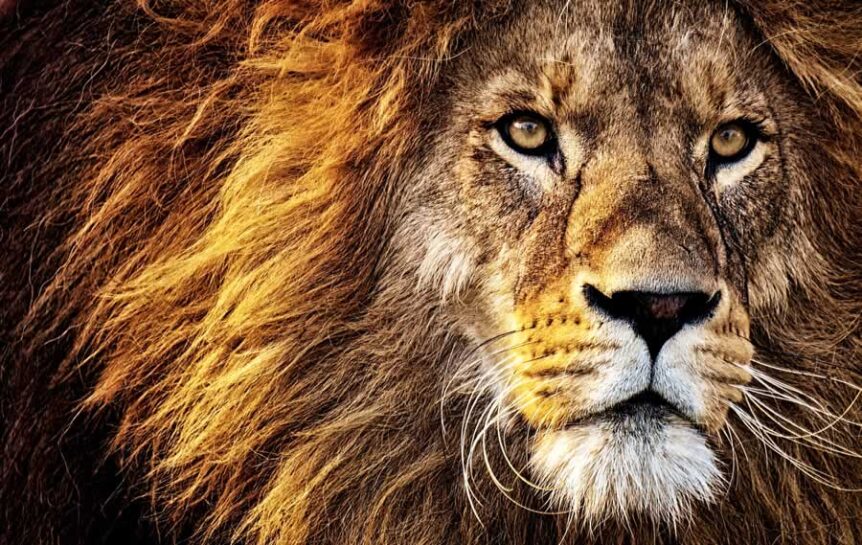 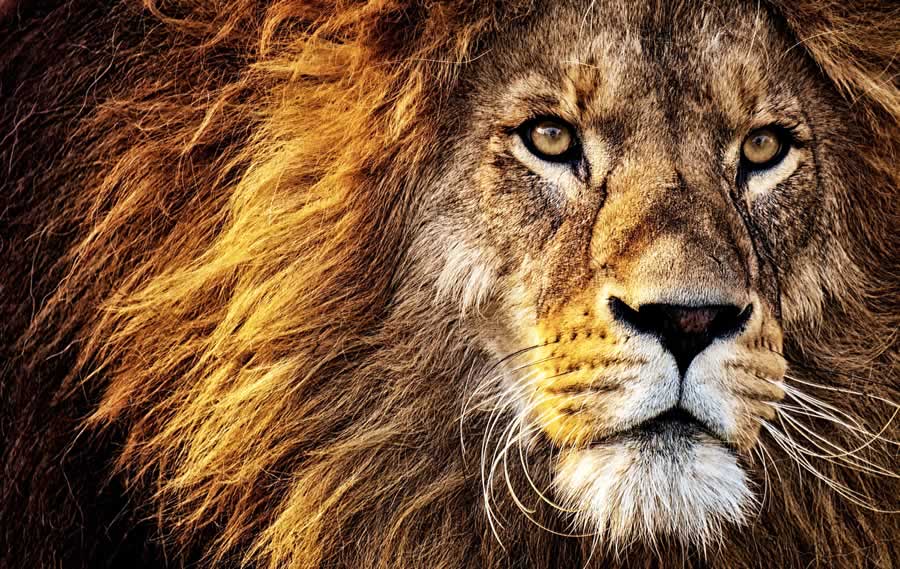 Then one of the elders tells me, “Stop weeping! Behold, the Lion of the tribe of Judah, the Root of David, has triumphed—He is worthy to open the scroll and its seven seals.” Revelation 5:5 TLV

We are living in times of great uncertainty; the world as we know it is shaking and changing. Among other things like plagues, unemployment and financial challenges, anti-Semitism is even higher and more global than before WW2. It is time for a Great Spiritual Army to arise; this is the Army of the Lion of Judah. The Prophet Yoel (Joel) gave us a glimpse of the character of this Spiritual Army, though his prophecies are about a natural army that carries His Command.

Adonai utters His voice before His army. For His camp is very vast—for mighty is it that carries out His word. For great is the day of Adonai—very terrifying! Who can endure it? Joel 2:11 TLV

We are now in a time when The End Time Army of YHVH must be Mighty and carry His Word, His Torah, and His Gospel from Zion-Israel to the nations once again.

Then many peoples will go and say: “Come, let us go up to the mountain of Adonai, to the House of the God of Jacob! Then He will teach us His ways, and we will walk in His paths.” For Torah will go forth from Zion and the word of Adonai from Jerusalem. Isaiah 2:3 TLV

This must be done by Foot Soldiers that GO physically and via social media – by a Spiritual Air Force that prays and does prophetic, strategic intercession – by Spiritual Navy Seals and Commando Forces that open up territory behind enemy lines, defeating all that opposes the very IDENTITY of The Lion of Judah. For too long His identity has been stolen and He has been personified as a Roman Christ (that espouses a religious system, which has murdered millions of Jews and has cost the spiritual life of many millions of Christians and Catholics). But NO MORE! The Lion has drawn the line; it is time for His Mighty Army to arise and to put the defeated Red Dragon with the 7 heads under their feet! 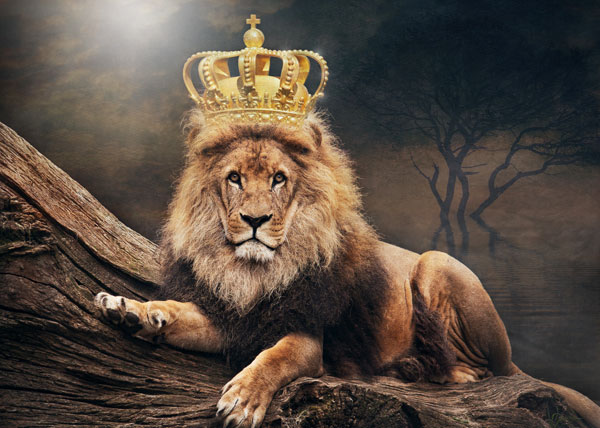 And war broke out in heaven, Michael and his angels making war against the dragon. The dragon and his angels fought, but they were not strong enough, and there was no longer any place for them in heaven. And the great dragon was thrown down—the ancient serpent, called the devil and satan, who deceives the whole world. He was thrown down to the earth, and his angels were thrown down with him. Then I heard a loud voice in heaven saying, “Now have come the salvation and the power and the kingdom of our God and the authority of His Anointed One, for the accuser of our brothers and sisters—the one who accuses them before our God day and night—has been thrown out. They overcame him by the blood of the Lamb and by the word of their testimony, and they did not love their lives even in the face of death. Revelation 12:7-11 TLV

A successful army must be cohesive, united, and have a life and death allegiance to The Commander. The Commander of the Lion’s Army is a Jew! The Jewish Messiah Himself is the Commander of this vast Army and His strategy is eternal, never failing and unchanging.

“I pray not on behalf of these only, but also for those who believe in Me through their message, that they all may be one. Just as You, Father, are in Me and I am in You, so also may they be one in Us, so the world may believe that You sent Me (The Jewish Messiah, not a Roman Christ. AB) John 17:20-21 TLV

He is NOW recruiting more Foot Soldiers to His Army, those that will carry His Word, His Torah, and His Gospel “made in Zion” (not made in Rome) to all nations, including Muslim nations – and then back to Zion-Israel where it originated in the 1st Century AD. This 21st Century is like the 1st Century!

Yeshua the Jewish Messiah has again come out of Zion via Jewish Apostles to the Nations, which in turn will bring the Gospel back to Zion! It is not a Romanized, paganized gospel, but rather the Original Gospel that has been stolen, usurped, kidnapped and rejected since the Council of Nicaea in 325 AD. It is time to restore the Jewish Identity of the Lion and Commander of this powerful, fierce, anointed and appointed Army! It is time to reclaim the original Gospel with holiness, signs, wonders, and miracles following!

These signs will accompany those who believe: in My name (Yeshua!) they will drive out demons; they will speak new languages; they will handle snakes; and if they drink anything deadly, it will not harm them; they will lay hands on the sick, and they will get well. Mark 16:17-18 TLV 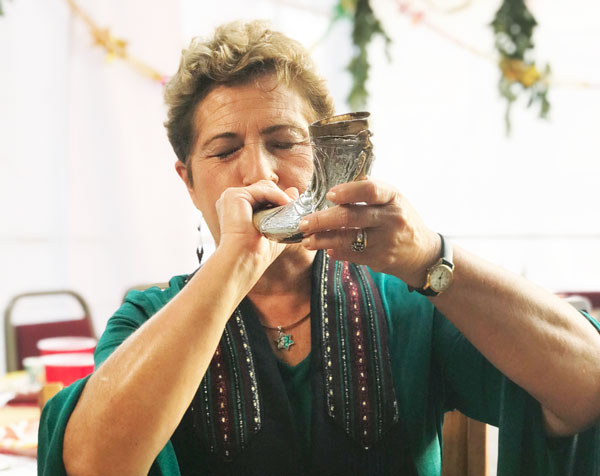 The restoration of the Jewish Identity of the Messiah is the Key for the success of His End Time Army! Only when His Jewish Identity and Name are fully restored can His Army then be in UNITY – and nothing will be impossible!

Time is short: too much energy, effort, and monies have been spent in rejecting Yeshua as a Jewish Messiah! Many times His visitations have been missed because of the nature of anti-Semitism in many Christian Theologies. They discredit His Identity as a Jew and the cohesiveness of His written Word and Torah Instructions and Prophesies from the book of Genesis to Revelation.

Yeshua the Messiah is the same yesterday, today, and forever. Hebrews 13:8 TLV

Too much opposition against His Covenant name of Yeshua, as given to Him by The Father, has left his People divided and splintered. It is time for His Army to UNIFY around His Identity as The Jewish Lion that He is, His Holy Covenant Name of Yeshua and His Torah-Word, as revealed by The Holy Spirit to those who put their trust in a Jewish Messiah that died for us all.

that at the name of Yeshua every knee should bow, in heaven and on the earth and under the earth, and every tongue profess that Yeshua the Messiah is Lord—to the glory of God the Father. Philippians 2:10-11 TLV

It is Time for the WHOLE church, the company of Called Out ones (Ecclesia) to celebrate Shabbat together like the First Century disciples. We must come together during His Moadim (Biblical Feasts), acknowledging them as Divine Appointments from YHVH, the God of Israel, to all who belong to Him – to the Jew first and also to the Gentile. 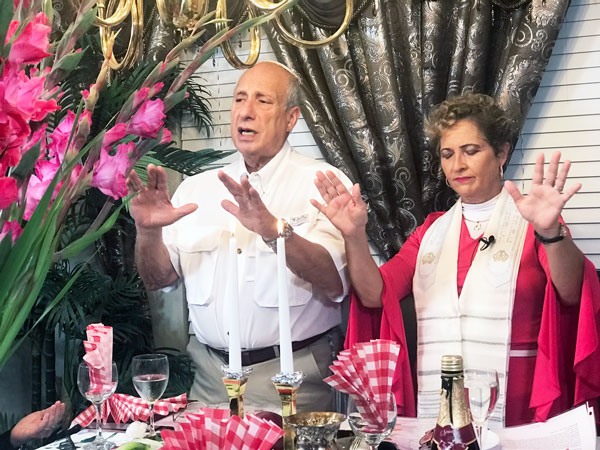 Do not think that I came to abolish the Torah or the Prophets! I did not come to abolish, but to fulfill. Amen, I tell you, until heaven and earth pass away, not the smallest letter or serif shall ever pass away from the Torah until all things come to pass. Therefore, whoever breaks one of the least of these commandments, and teaches others the same, shall be called least in the kingdom of heaven. But whoever keeps and teaches them, this one shall be called great in the kingdom of heaven. For I tell you that unless your righteousness exceeds that of the Pharisees and Torah scholars, you shall never enter the kingdom of heaven! Matthew 5:17-20 TLV

It is time for the whole congregation of saints and soldiers of the Army of the Lion to cleanse ourselves from unclean eating (both spiritually and physically) and purify our walk in spirit, soul, mind, and body, becoming anointed and powerful. (See Leviticus 11, Matthew 5:17-21 and Romans 12)

Pursue shalom with everyone, and the holiness without which no one will see the Lord. See to it that no one falls short of the grace of God; and see to it that no bitter root springs up and causes trouble, and by it many be defiled. Also see to it that there is no immoral or godless person—like Esau, who sold his birthright for one meal. For you know that later, when he wanted to inherit the blessing, he was rejected. He found no chance for repentance, though he begged for it with tears. Hebrews 12:14-17 TLV

We invite you today to become a victorious soldier and leader in the Army of the Lion of Judah; be equipped as a Lion to put the dragon under your feet! Join our GRM online Bible School for leaders in the Army of the Lion of Judah. www.grmbibleschool.com

Become part of the United Nations for Israel Movement that is turning nations into Sheep Nations one person at a time. Become a member: https://unitednationsforisrael.org/membership-options/

We are recruiting effective and trained soldiers for The Lion of Judah! Join us and train with us to defeat the dragon in your personal life, as well as in your community, city and nation!

Behold, I have given you authority to trample upon serpents and scorpions, and over all the power of the enemy; nothing will harm you. Luke 10:19 TLV 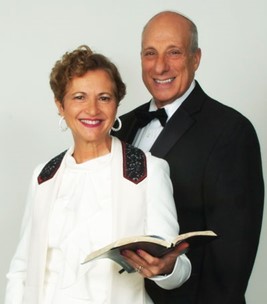 We need YOUR help to spread this message of restoration to Jews and Christians alike! Please share the link www.zionsgospel.com (our landing page) to as many people as you know.

Get it.
Donate $27 or more to receive the paperback book of The Identity Theft, plus the FULL Global Re-education Initiative (GRI) Against Anti-Semitism course for free*. You can also donate $17 to get the E-Book and unlock access to the course.

Gift it.
Gift the paperback or E-Book by visiting www.against-antisemitism.com and clicking on the menu item “The Book.” Scroll to the bottom where it says, “Reach out to others.” Depending on if you’re giving an E-Book or paperback, select the gift card amount. Then, type in the email address(s) of the recipients. After you check out, the email addresses will be sent coupon codes. They can apply the coupon code and checkout with your gift for free, also unlocking course access.

Study it.
With your purchase of the paperback book or E-Book, you will automatically get access to our GRI online course. This course includes 12 Gates of learning based on the book, along with 44 videos with quizzes. 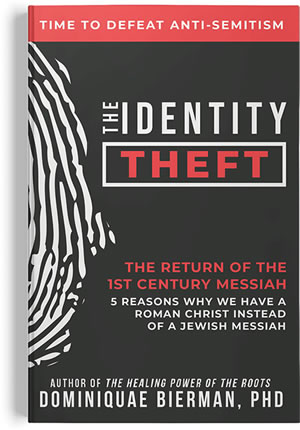 Watch: The Lion that Defeated the Dragon

To send your Tithes & Offerings:

New price for the GRM Bible School from the 15th of October 2020.

This will be for all new students from the 15th of October 2020.

Anti-Semitism is worse than the Coronavirus

I will bless those who bless you and curse those who curse you. Genesis 12:3
See our Global Re-education Initiative (GRI) against Anti-Semitism in the Church – help us continue sharing this most important ministry tool far and wide! See https://www.against-antisemitism.com/