Create in me a clean heart, O God, and renew a steadfast spirit within me. Do not cast me away from Your presence and do not take Your Holy Spirit from me. Psalm 51:10,11

The Revival of the Third Day calls us to return to HIM, to Yeshua the Jewish Messiah — and to the love and HONOR of the Jewish People/the Israel of TODAY, who is the Mother of the Nations! Yeshua is calling us to lay down our weapons, our lies and arrogance, to lay down all strife and seek HIM. Only HE can restore us as we REPENT from all personal sins and doctrinal lies. We MUST SEEK HIM. (For more details, download the free booklet here: https://kad-esh.org/shop/third-day-revival-ebook/ )

The Birth of the Messianic Movement

In the 60’s the Messianic Jewish Movement was born. Jews no longer had to stop being Jewish to believe in the Jewish Messiah. Up until this time a Jew could only recognize Jesus Christ and Christianity if they wanted to embrace the gospel and salvation. They had to forsake Shabbat and Biblical Feasts, the Dietary Commandments and now join the Christians on Sunday, celebrating Christmas and Easter, and start eating pork to show they were really saved. When this Messianic Jewish Movement started it was revolutionary! Jews could remain Jews and worship the Jewish Jesus — or rather Yeshua the Jewish Messiah — through Shabbat and Biblical Feasts. And finally, they were not required to eat pork in order to show “freedom from the law”.

“Do not think that I came to abolish the Torah or the Prophets! I did not come to abolish, but to fulfill. Amen, I tell you, until heaven and earth pass away, not the smallest letter or serif shall ever pass away from the Torah until all things come to pass.  Therefore, whoever breaks one of the least of these commandments, and teaches others the same, shall be called least in the kingdom of heaven. But whoever keeps and teaches them, this one shall be called great in the kingdom of heaven. For I tell you that unless your righteousness exceeds that of the Pharisees and Torah scholars, you shall never enter the kingdom of heaven! Matthew 5:17-20 TLV

Many Gentiles were being attracted to their messianic synagogues but they were not always welcomed and encouraged. The new Jewish believers were wary of Christians and Christianity and they did not want the Gentile believers to take over their congregations (because they were more in numbers than the Jewish believers). This had happened in the past when the Gentiles took over: it led to Replacement Theology, the Council of Nicaea by Emperor Constantine and the Gentile Church Fathers showing hatred against the Jews, resulting in humiliation and genocide. 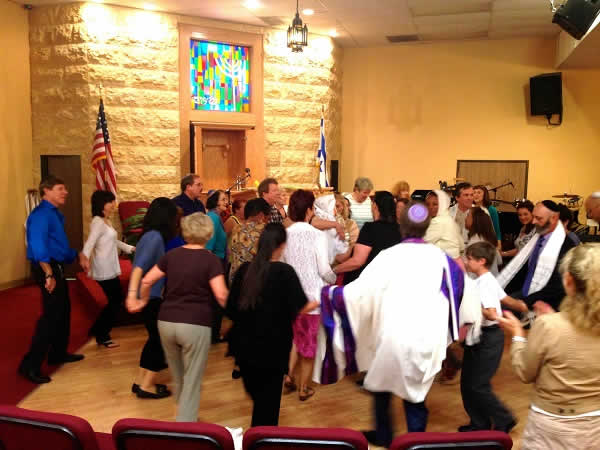 A brother offended is harder to be won than a strong city, and contentions are like the bars of a citadel. Proverbs 18:19

Some of them went as far as trying to make Aliyah by claiming their “Ephraimite natural heritage”, only to be rejected shamefully by the Israeli authorities.

The Two-House Movement is a type of Replacement Theology which carries a grudge, a bitter judgment against the Messianic Jews that rejected them out of suspicion and fear. It bears little fruit. On the other hand, many Messianic Jewish synagogues have dried up spiritually and have lost the anointing because of their suspicion of “all things Christian” and they put the baptism in the Holy Spirit (with speaking in tongues) and the move of the Spirit in that mix. Things are not well on both sides of the spectrum. This is far from the fulfillment of John 17 and the prayer that Yeshua prayed concerning UNITY. 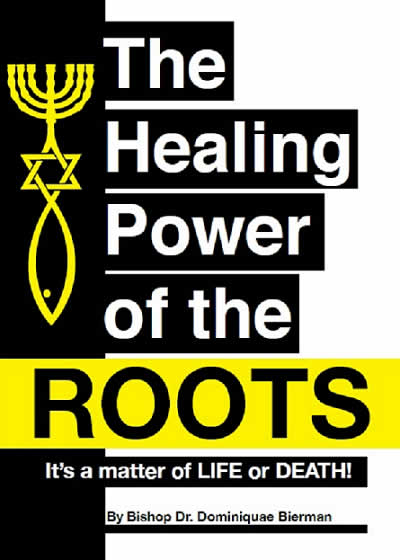 Repent, therefore, and return—so your sins might be blotted out, so times of relief might come from the presence of Adonai and He might send Yeshua, the Messiah appointed for you. Heaven must receive Him, until the time of the restoration of all the things that God spoke about long ago through the mouth of His holy prophets.  Acts 3:19-21

In the midst of this seeming chaos and hostility between the two Messianic camps, YHVH was doing something to break down the walls (between Jew and Gentile, black and white, male and female) and to advance His Master Plan: for the natural and spiritual Restoration of Israel and for the forming of Sheep Nations. These would be ‘The Fullness of the Gentiles’ promised to Ephraim by Jacob.

But these believers in Messiah would not come in angry or claiming “Ephraimite identity” and equal rights to the Land of the Jews. These non-Jewish believers would humbly and repentantly become Grafted into the Olive Tree, drinking from the same rich root which the People of Israel were given (the Torah). They would not claim to be “the prodigal or the lost brother”, which became the MOTTO of the Two-House movement.  No! They would rather UNITE with Israel in heart, as a Ruth to a Naomi – and they would perform acts of repentance and restitution for the sins committed by Christians and Christianity against the Jews in the name of Jesus Christ.

The Messianic Apostolic Prophetic (MAP) Revolution was born in 1993 with the release of my book, The Healing Power of the Roots, calling all Christians to repentance for the ravages and the results of Replacement Theology.

This Revolution espoused the restoration of Shabbat, the Feasts and Torah as anointed by the Holy Spirit, as well as a walk of humility and sacrifice towards the Jewish People — regarding them as Mother Israel and not as “our elder brother”.

Now Messianic Jews and Messianic Gentiles could become ONE as Yeshua had prayed 2000 years ago. The ONE NEW MAN Body of Messiah began to be formed by the Power of the Spirit of Truth in Love.

Sanctify them in the truth; Your word is truth; “I do not ask on behalf of these alone, but for those (Gentiles) also who believe in Me through their word (the word of the Jewish disciples)that they may all be one; even as You, Father, are in Me and I in You, that they also may be in Us, so that the world may believe that You sent Me.” John 17:17,20,21

“Time to get rid of all the lies that separate us”, words from the song Key of Abraham written and sung by Archbishop Dominiquae Bierman. Join this final segment of the eye-opening teaching Giants in the Land, presented to participants on her yearly Uniting Nations for Israel Tour in the Holy Land.  Understand how the situations we see in the nations is like looking at a Goliath today and why victory seems impossible. Replacement Theology Christianity (where our beliefs and mindsets have actually been in rebellion to God for centuries) is unveiled — and you will be equipped to slay this giant in your own life!

The Healing Power of the Roots by Dr. Dominiquae Bierman

The Healing Power of the Roots

“So why is it so important to minister the Jewish Roots to the Church?” I asked the Lord. “It is a matter of life and death,” He replied. “The Church is like a beautiful Rose cut off from her garden. She has been in a vase with water for two days but on the third day, if she is not planted back, she will die.”

We are at the thresholds of the Third Day, the Third Millennium and going back to the original Apostolic, Biblical, Hebrew Foundations of the Faith is a matter of LIFE and DEATH — and the End time KEY for worldwide REVIVAL!

This change applies to all new students; for previously-registered active students in the Individual GRM Online Course; these requirements will start in the Level they are studying when the changes became effective.