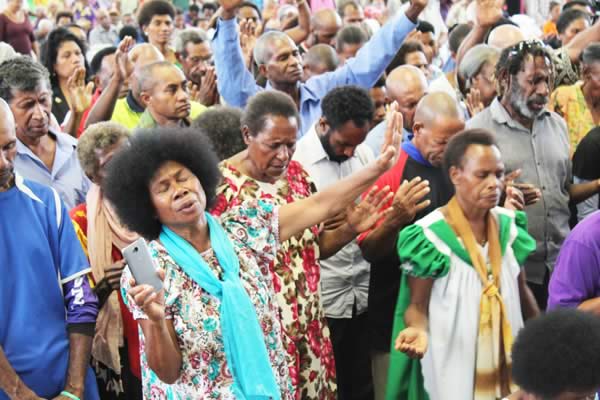 Create in me a clean heart, O God, and renew a steadfast spirit within me. Do not cast me away from Your presence and do not take Your Holy Spirit from me. Psalm 51:10,11

The Revival of the Third Day calls us to return to HIM, to Yeshua the Jewish Messiah and to the love and HONOR of the Jewish People, the Israel of TODAY who is the Mother of the Nations! Yeshua is calling us to lay down our weapons, our lies and arrogance, to lay down all strife and seek HIM. Only HE can restore us as we REPENT from all personal sins and doctrinal lies. We MUST SEEK HIM. (Download the free booklet here. https://kad-esh.org/shop/third-day-revival-ebook/ )

It is time to put to rest a controversy that has caused much pain to the heart of the Father and this I will call the “Ephraimite Controversy”. It is based on the passage of Scripture below.

But his father refused and said, “I know, my son, I know. He too will become a people, and he too will become great. Nevertheless, his younger brother will be greater than he, and his descendants will become the fulness of the gentile nations.” He blessed them that day and said, “In your name will Israel pronounce this blessing: ‘May God make you like Ephraim and Manasseh.’” So he put Ephraim ahead of Manasseh. Genesis 48:17-20 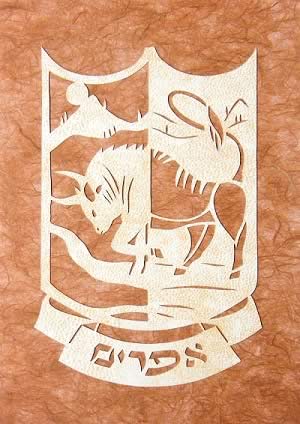 Ephraim, the younger son of Joseph Son of Yaakov, was going to become a group of nations that is called the FULNESS OF THE GENTILES and I will call SHEEP NATIONS. This would be accomplished by a massive exile of the Northern Kingdom of Israel, called The House of Israel or Ephraim during the 8th Century BC. Many people call them “The 10 Lost Tribes”. They were exiled to the different parts of the Assyrian Empire, the Tribes and families were divided and scattered and they disappeared into the nations until this day. By mixing with the nations they would now become the fulness of the Goyim or the fulness of the Gentiles. Not the fulness of Israel!

These gentile-Israelite mixtures would be the fulfillment of the Promise given to Abraham that he would become the father of many nations (Besides the Nation of Israel).

For this reason it is by faith, in order that it may be in accordance with grace, so that the promise will be guaranteed to all the descendants, not only to those who are of the Torah, but also to those who are of the faith of Abraham, who is the father of us all, (as it is written, “A father of many nations have I made you”) in the presence of Him whom he believed, even God, who gives life to the dead and calls into being that which does not exist. In hope against hope he believed, so that he might become a father of many nations according to that which had been spoken, “So shall your descendants be.” Romans 4:16-18

This fullness of the Gentiles would be judged on how they treated the least of the Jewish brethren of Yeshua.

All the (Gentiles-Goyim) nations will be gathered before Him; and He will separate them from one another, as the shepherd separates the sheep from the goats; and He will put the sheep on His right, and the goats on the left. Matthew 25:32,33

(Pointing to His Jewish disciples) The King will answer and say to them, ‘Truly I say to you, to the extent that you did it to one of these brothers of Mine, even the least of them, you did it to Me.’ Matthew 25:40

Sheep nations could not happen by claiming Ephraimite or “House of Israel” identity but by standing and blessing the Jewish People in their time of need. Ephraim or the House of Israel was exiled and mixed with the nations until they could not be recognized as Israelites anymore. 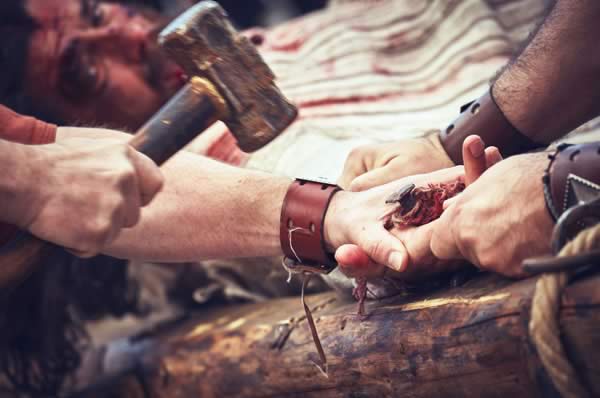 Then through the Blood of Yeshua their descendants now completely gentilized and not of “pure Israelite blood” will be allowed to return, not to the Land but to YHVH the Elohim of their fathers.

Yet the number of the sons of Israel will be like the sand of the sea, which cannot be measured or numbered; and in the place where it is said to them, “You are not My people,” It will be said to them, “You are the sons of the living God.” And the sons of Judah and the sons of Israel will be gathered together, and they will appoint for themselves one leader, (Messiah Yeshua, the Jewish Messiah) and they will go up from the land, (obviously not all the descendants of Ephraim can live in the Land of Israel as these are numerous and vast nations! But they can come to visit as tourists. For great will be the day of Jezreel. Hosea 1:10,11

Their return would not be as Israelites or Ephraimites but as Gentile Nations.

Israelite blood has always been mixed among the nations because of the exile and also because of the extensive slave trade. Many conquering empires such Greece and Rome traded in large quantities of Jewish slaves and even as early as the Phoenicians and Philistines sold Jewish and Israelite slaves. In fact, Joseph, Ephraim and Menashe’s father was sold as a slave by his brothers to the Ishmaelites.

The House of Israel, the Northern Kingdom would be cut off forever and can never claim “Israelite rights”.

Then she conceived again and gave birth to a daughter. And YHVH said to him, “Name her Lo-ruhamah, for I will no longer have compassion on the house of Israel, that I would ever forgive them. But I will have compassion on the house of Judah and deliver them by the Lord their God, and will not deliver them by bow, sword, battle, horses or horsemen.”

When she had weaned Lo-ruhamah, she conceived and gave birth to a son. And the Lord said, “Name him Lo-ammi, for you are not My people and I am not your God.” Hosea 1:7-9

However, the promise to Ephraim is fulfilled in the fulness of the Gentiles that come into the Kingdom, these are the,

“When the Most High gave the nations their inheritance, When He separated the sons of man, He set the boundaries of the peoples According to the number of the sons of Israel. Deuteronomy 32:8 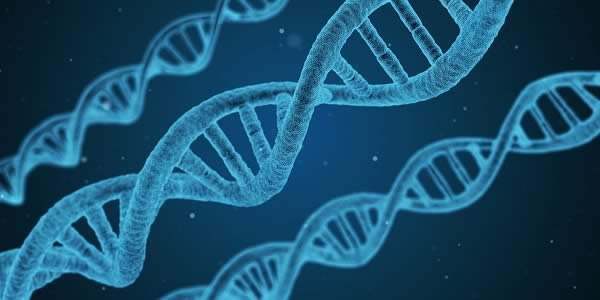 The blood of Israel is mixed all over the world right now and is untraceable as it is so mixed just like salt is unrecognizable when mixed in a stew. However, with the advance of DNA and ancestry research, many people will show up as partly Jewish or partly Israelite mixed with many other ethnicities.

If I discover through ancestry research that I have 5% or 15% Japanese would that give me the rights to a Japanese passport? Of course not!

In the same way Gentile believers in Messiah that have rediscovered the Hebrew Roots of the Faith cannot claim Israelite identity or rights to the Land of Israel (like the Jews have). Both Jews and Gentiles receive salvation by Grace through Faith when they put their trust in the Jewish Messiah Yeshua, they become the One New Man.

For He Himself is our peace, who made both groups into one and broke down the barrier of the dividing wall, By abolishing in His flesh the enmity, which is the Law of commandments contained in (sacrificial) ordinances, so that in Himself (by becoming the Ultimate Sacrifice) He might make the two into one new man, thus establishing peace. Ephesians 2:14-16 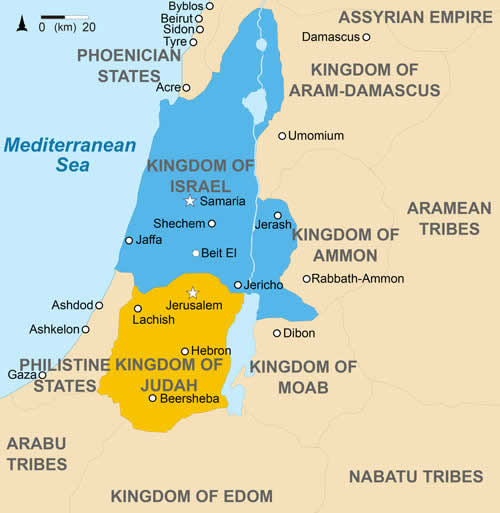 The Northern Kingdom is represented within the Jewish Nation of today

When the House of Israel, the Northern Kingdom also called many times- Ephraim- was exiled to Assyria it ceased to exist as The House of Israel. It would never return from exile. When Yeshua came on the scene about 800 years later, the ones in the Land were the Jewish People. The Jewish People are originally the House of Judah or the Southern Kingdom with Jerusalem and the Temple Worship at its center. Together with Judah was always the tribe of Benjamin as Jerusalem is partly in the confines of Benjamin and partly on the confines of Judah. Most Levitical Priests and Aaron’s line would be in the Holy City serving in the Temple.

When the House of Israel was being conquered by the Assyrians many from the other 10 tribes of the North relocated to the South and joined the House of Judah, losing their tribal identity and becoming Jews. The Jews that are living today in the Land carry within them the ancestry of some of the tribes of the North and they are a prophetic fulfillment of the restoration of both Judah and Ephraim according to many prophetic scriptures. In my own family some of the family names are from the tribe of Judah but one of my family names is ISRAEL. Maybe from my maternal grandmother’s side they came from the House of Israel. The two sticks meaning Judah and Joseph are already ONE in the Land of Israel today.

This is already fulfilled in modern day Israel, the nation is not divided into the Northern and Southern Kingdom anymore.

Some portions of the ten northern tribes have preserved their Israelite identity (not influenced by the Two-House doctrines). They have known from time immemorial that they are of Israel and they carry tribal traditions as such like the Bnei Menashe in India that have been allowed to make Alyah by the Israeli authorities. There may be other groups that after research will be regarded as a proven Israelite group and they may be allowed to return. Thus biblical prophecy is constantly being fulfilled. 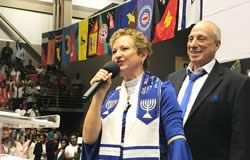 WATCH The First Tourists, Part One

Join the participants of The Uniting Nations for Israel Tour as we examine the uniqueness of Holy Scriptures from the Hebraic perspective in Numbers Chapter 13. Insightful personal experiences shared by Archbishop Dominiquae Bierman help differentiate the usage of our commonly used term “spies” from what are actually tourists sent by Moses into the Promised Land. Gain revelation as we examine the mission of these 12 heads of their tribes – the “First Tourists”.

Yeshua is separating the nations at this time, which nations will be Sheep Nations and inherit Eternity with Him, and which ones will be Goat Nations and go to eternal destruction? The Almighty visited Dominiquae in Chile and gave her a world changing revelation that is urgently needed in order to save the nations!

This change applies to all new students; for previously-registered active students in the Individual GRM Online Course; these requirements will start in the Level they are studying when the changes became effective.