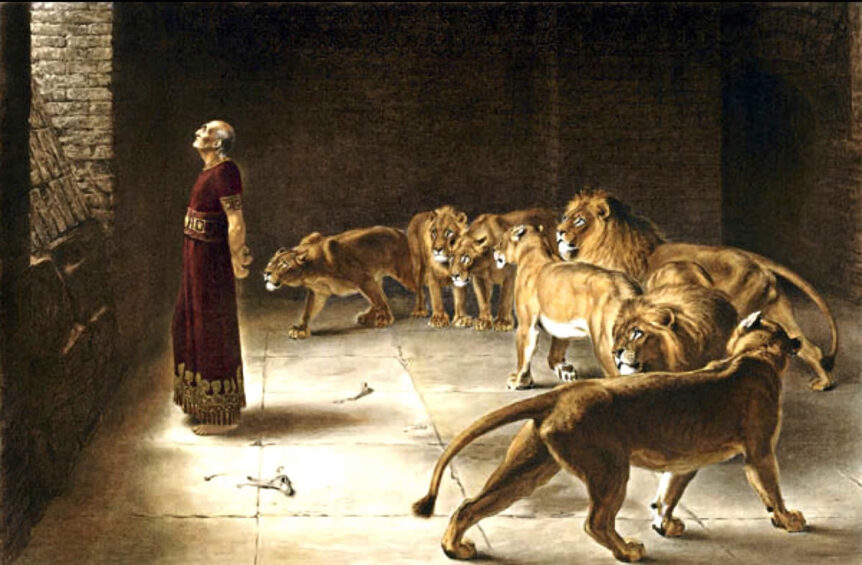 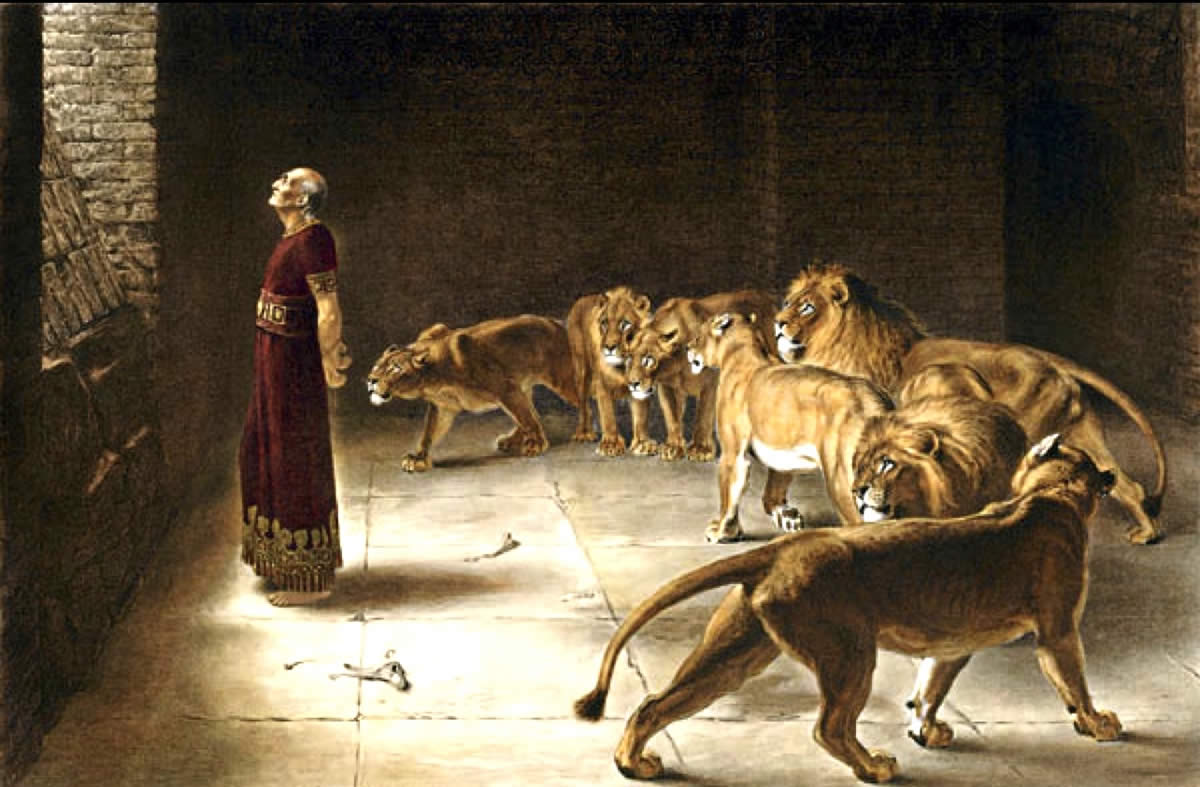 Now when Daniel learned that the document was signed, he entered his house (and in his roof chamber he had windows open toward Jerusalem); and he continued kneeling on his knees three times a day, praying and offering praise before his God, just as he had been doing previously. Daniel 6:10

I would like to speak about the importance of the Hebrew word “ashacharecha” known as “Prayer before dawn, before the sun is up”. I have no doubt that as you implement this truth of giving YHVH the first of your breath and time, you will see amazing results. In fact, it is customary among the devout Jews to pray three times a day just like Daniel did in Babylon thousands of years ago! The early morning prayers (Shacharit from Ashacharecha), the early evening prayers (“mincha” before sunset, and the night prayers “arvit” after sunset and before sleep). In fact, Daniel knew the importance of his prayers, and no threat from “The authorities” could stop him from doing that faithfully even under the penalty of death. He made sure to pray out loud with his windows open towards Jerusalem! This was his reaction to the wicked Babylonian order that was issued:

All the commissioners of the kingdom, the prefects, and the satraps, the high officials and the governors have consulted together that the king should establish a statute and enforce an injunction that anyone who makes a petition to any god or man besides you, O king, for thirty days, shall be cast into the lions’ den. Daniel 6:7

The reason why they provoked the king to issue such a command was Jealousy.

Then Daniel began distinguishing himself among the commissioners and satraps because he possessed an extraordinary spirit, and the king planned to appoint him over the entire kingdom. Daniel 6:3

They were so jealous of him that they wanted him dead. But they could find no fault in Him; he lived a righteous life keeping Yah’s Commandments.

So, they provoked the king to forbid the worship of any other god; their worship was to be only for the king. Although they knew that Daniel would not stop worshiping His God. Even more so, under the penalty of death, Daniel kept on worshiping Elohim out in the open. When he opened his windows towards Jerusalem, all the passers-by in the street could see Daniel praying with the Talit (prayer shawl) on. They could see him putting the Tefillin (Philacteries where portions of the Torah are) on his forehead and arm. According to the Commandment,

You shall therefore impress these words of mine on your heart and on your soul; and you shall bind them as a sign on your hand, and they shall be as frontals on your forehead. Deuteronomy 11:18 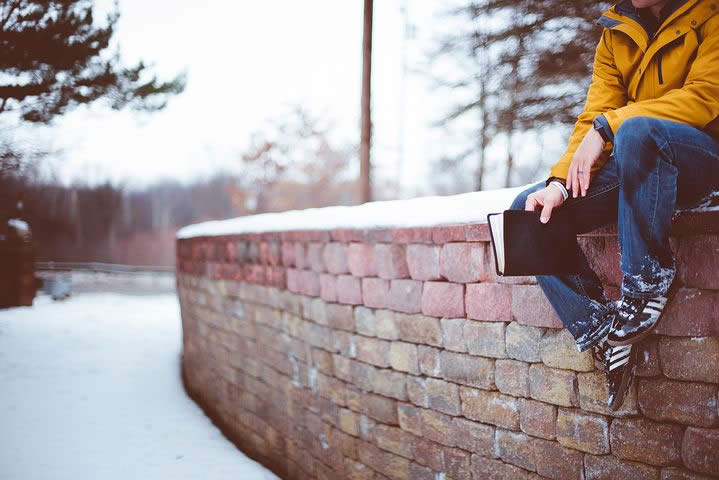 There was no need to ask Daniel: “Are you a true believer?” Everyone could see and hear that indeed he was a devout worshiper of YHVH. Keeping the Torah and his appointed times of prayer towards Jerusalem going both risked his life and saved his life. This was the secret of Daniel’s power. He feared YHVH and led a disciplined life of devotion and prayer three times a day. It risked his life because he broke the ungodly laws of Babylon and it landed him in the lion’s den.

Then they answered and spoke before the king, “Daniel, who is one of the exiles from Judah, pays no attention to you, O king, or to the injunction which you signed, but keeps making his petition three times a day. Then the king gave orders, and Daniel was brought in and cast into the lions’ den The king spoke and said to Daniel, “Your God whom you constantly serve will Himself deliver you.” Daniel 6:13,16

The king loved Daniel; he was his best servant. But he had to abide by his own law! No human hand could rescue Daniel now; the king was the highest authority in Babylon.

A stone was brought and laid over the mouth of the den, and the king sealed it with his own signet ring and with the signet rings of his nobles so that nothing would be changed in regard to Daniel. Daniel 6:17

The good news is that the God of Daniel rescued him indeed as he shut the lion’s mouths and displayed His power before all. 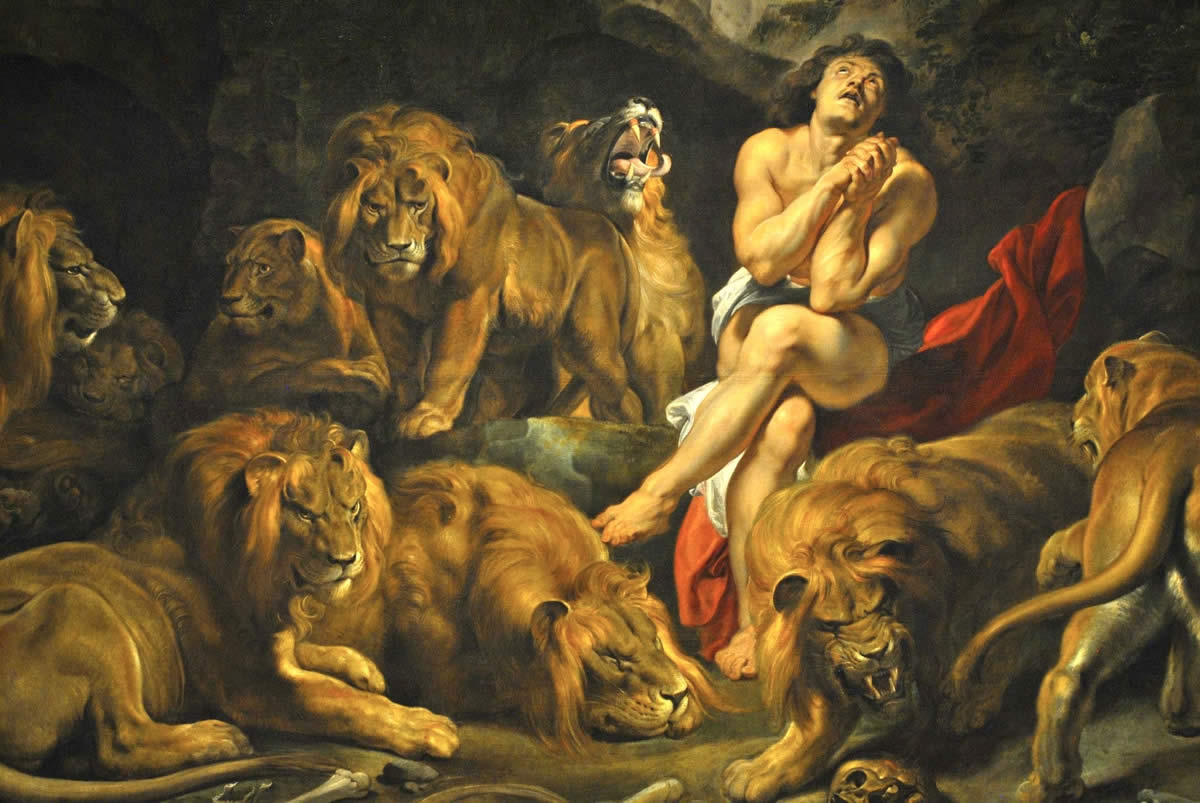 “My God sent His angel and shut the lions’ mouths and they have not harmed me, inasmuch as I was found innocent before Him; and also toward you, O king, I have committed no crime.” Then the king was very pleased and gave orders for Daniel to be taken up out of the den. So Daniel was taken up out of the den and no injury whatever was found on him, because he had trusted in his God. Daniel 6:22,23

Whatever prayer or supplication is made by any man or by all Your people Israel, each knowing his own affliction and his own pain, and spreading his hands toward this house, then hear from heaven Your dwelling place, and forgive, and render to each according to all his ways, whose heart You know for You alone know the hearts of the sons of men. 2 Chronicles 6:29,30 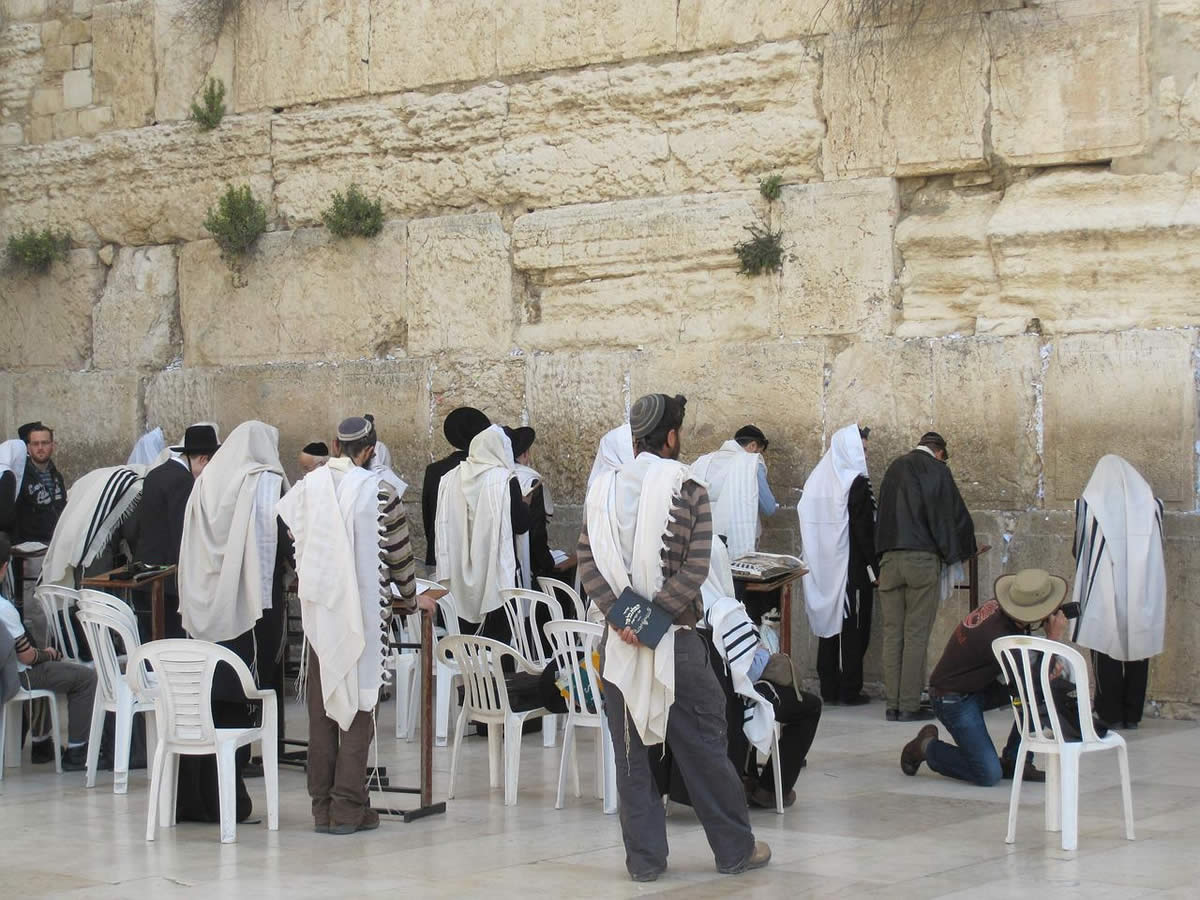 If I forget you, O Jerusalem, May my right hand forget her skill. May my tongue cling to the roof of my mouth If I do not remember you, if I do not exalt Jerusalem above my chief joy. Psalms 137:5,6

The king then gave orders, and they brought those men who had maliciously accused Daniel, and they cast them, their children, and their wives into the lions’ den; and they had not reached the bottom of the den before the lions overpowered them and crushed all their bones. Daniel 6:24

Oh, I just love that! “The lions overpowered them and crushed all their bones!” These were the same hungry lions that did not even touch Daniel. Beloved, at these End of Times persecution against the true believers will arise – it will be quite common to be persecuted for your faith! If you follow Daniel’s example, you will not compromise your devotion to Yah for anything in the world! If they will tell you not to pray, or not to stand with Israel, or not to obey Yah’s Commandments, or deny the name of Yeshua under penalty of death, then you will be strong if you have been leading a devout prayer life and if you have stood in prayer and support for Israel.

Pray for the peace of Jerusalem: may they prosper who love you. Psalms 122:6

The Lion from the Tribe of Judah is ushering a wake-up roar to restore prayer and worship to our homes and communities. Start with Ashacharecha (Before dawn) and continue with Mincha (before sunset) and end with Arvit (Before you go to sleep). Interrupt your busy lifestyle with prayer and devotion. Daniel was in the government; he was a busy man and had many demands upon him, but he did not compromise his devotion to YHVH. He did not work on Shabbat, did not eat unclean animals, and did not allow his very important job to become more important than his devotion to the Almighty. He was a slave and yet because of his commitment to Yah, he behaved like a free man. What is the excuse that you are giving to yourself for prayerlessness and for breaking Yah’s (God’s) Commandments?

Interrupt your busy life and pray starting with Jerusalem and Israel and then for your nation, community, family, and needs. Pray for His Kingdom to come, for His will to be done, praise Him, and declare His Word. We will all need to be strong like Daniel, and now you know his secret.

Devotion to Elohim will both get us in trouble and will deliver us from trouble!

Indeed, all who desire to live godly in Messiah Yeshua will be persecuted. 2 Timothy 3:12

He who has found his life will lose it, and he who has lost his life for My sake will find it. Matthew 10:39

The pressure on the true believers in Yeshua and on Israel is escalating; this world is shaking and satan knows that he has a short time. As you practice Daniel’s discipline of prayer, an attitude of devotion and trust and love towards Jerusalem, may the same God that shut the mouths of the lions, shut the mouths of all those that would like to devour all of you, lovers of Messiah and his Jewish People! 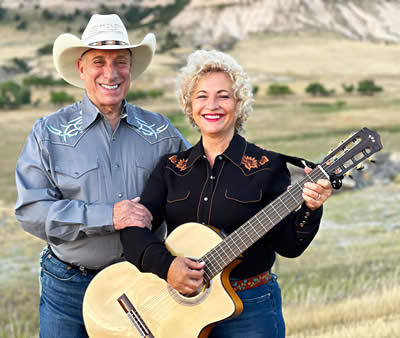