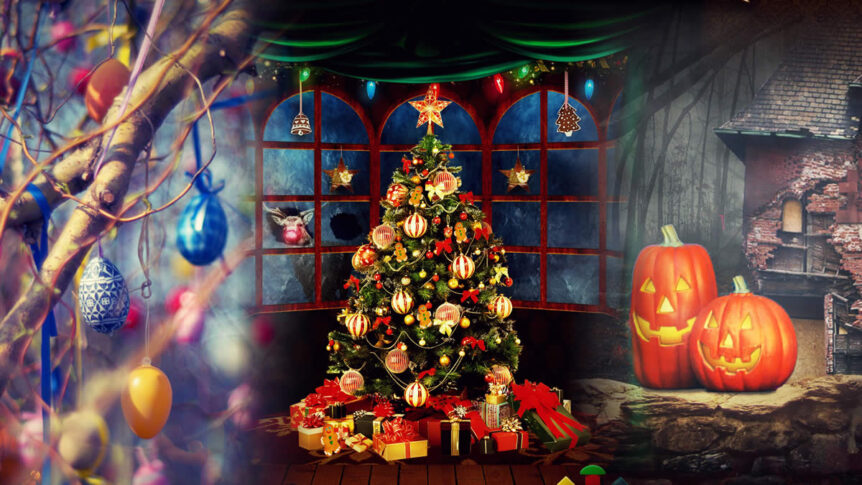 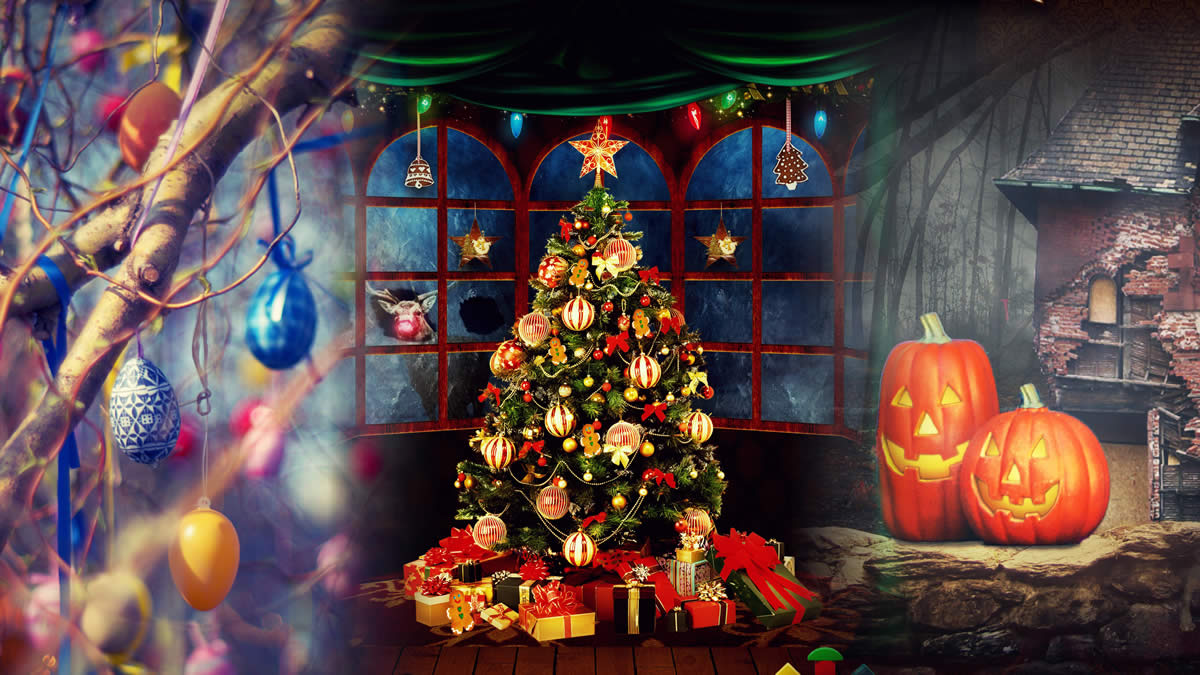 When Jonathan Cahn published his new book The Return of the Gods, the Holy Spirit whispered in my ears,

“The gods never left; they have been hiding in plain sight inside the Church.” Then He proceeded to speak to me:

“Large portions of My Body have been worshipping Me at the Altar of Baal.”

It was clear to me that Yah was unveiling the hiding place of these ancient gods from within the Church, where they have been accommodated for too long. I also understood that unless we dismantle and totally remove the Altars of Baal and Ishtar from within His Ecclesia, the Glory would not be poured out – and the Church as we know it would backslide into terrible apostasy. These ancient gods that have found a comfortable niche among most Christians and Christian churches are no “pussy cats.” Their purpose is for the gates of hell to prevail against His Bride.

This battle is very real, for the worship of Baal and Ishtar is so intertwined with present-day Christian worship that exposing it would bring the end of Christianity as we know it. Satan has managed to penetrate the fiber of the Christian faith so slyly that uprooting his offshoots and this ‘hybrid kind of worship’ seems to be a near-impossible task. It was clear to me that this hybrid worship in the Church needs to be made to wither, much in the same way a killer weed needs to be killed. If the weed is not withered, the good plant will not survive.

“Then Elijah approached all the people and said, “How long will you waver between two opinions? If Adonai is God, follow Him; but if Baal is, follow him.” But the people did not answer him, not even a word.” 1 Kings 18:21 TLV 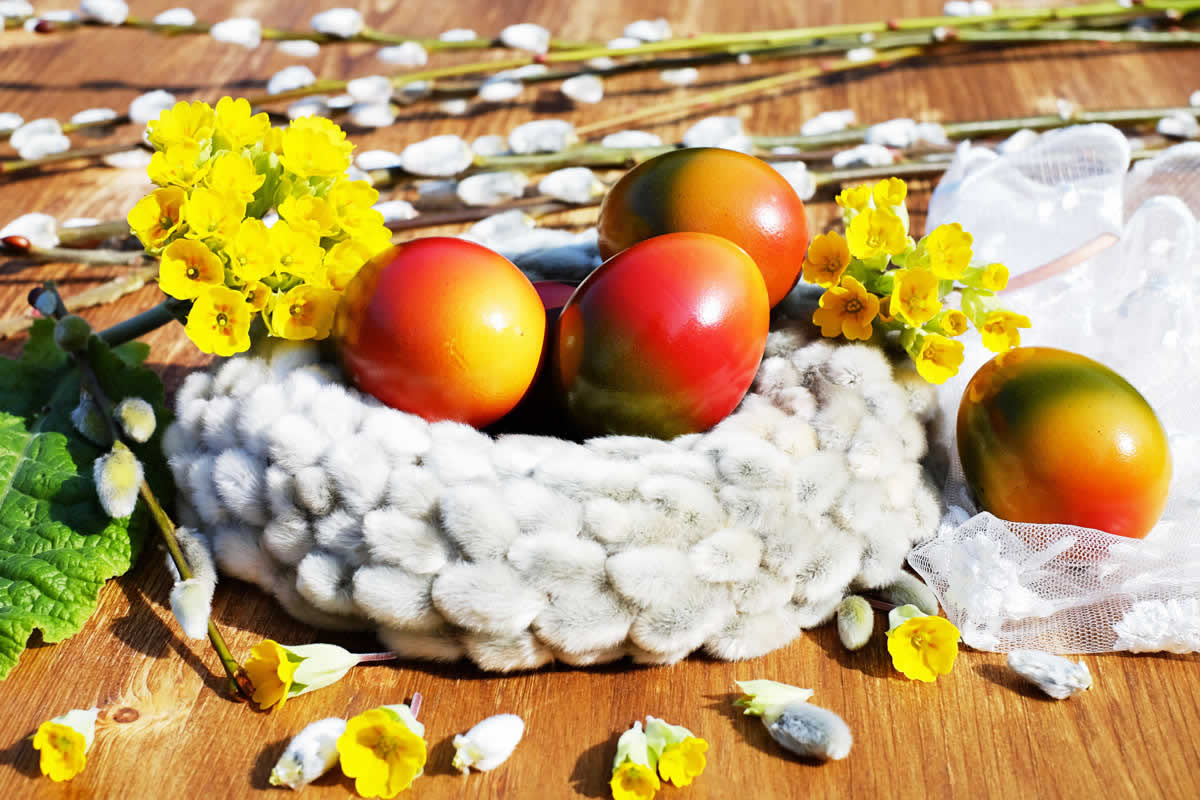 The worst thing of all is that this hybrid worship killer weed looks so beautiful and has so many lovely flowers and traits that most Christians are bedazzled by it. Most are not able to discern that it is a “killer weed” – that it is pagan worship, choking the life out of believers, churches, and society. They are so enamored with this beautiful killer weed that they have become demonically emotionally attached to it because it makes them feel good. It also gives them a sense of unified false
identity. But even false identity feels better than no identity, though it is confusing at best and spiritually deathly at worst.

“and not intermingle with these nations who are still remaining among you. Do not mention the names of their gods or swear by them or worship them or bow down to them.” Joshua 23:7 TLV

Hybrid Worship or Hebrew Worship? That is the question that remains open to the End Time Church. Will the Bride of Messiah continue choosing what “feels good and looks good” or what is righteous and holy in Yah’s eyes? Will tradition win over commandment? Will emotional attachment have the upper hand over allegiance to the unchanging ways of the Most High?

“For I YHVH do not change; therefore you, O children of Jacob, are not consumed.” Malachi 3:6 STB

And then remains the question of Victory, Anointing, and Glory. In a society that has lost its footing to the demands of these ancient satanic gods through transhumanism, transgenderism, and hybridism, should the Church have an answer, an alternative? Should we have the Authority to set the captives free from bondage to Baal, Ishtar, Moloch, Jupiter, Thor, and all those evil deities that are the cause of all the ills of society?

“but you shall fear YHVH your Elohim, and he will deliver you out of the hand of all your enemies.” However, they would not listen, but they did according to their former manner. So these nations feared YHVH and also served their carved images. Their children did likewise, and their children’s children—as their fathers did, so they do to this day.” 2 Kings 17:39-41 STB

From pedophilia to drug addiction to gender confusion, to murder of unborn and born babies, to Neo-Nazi Ideology, Antisemitism, racial hatred, greed, and more: all of them are under the jurisdiction of one or more of those evil entities. But how can we deliver our society if the same demonic entities are hiding in plain sight in the Church – if they are being worshipped in the name of God and in the name of Christ? 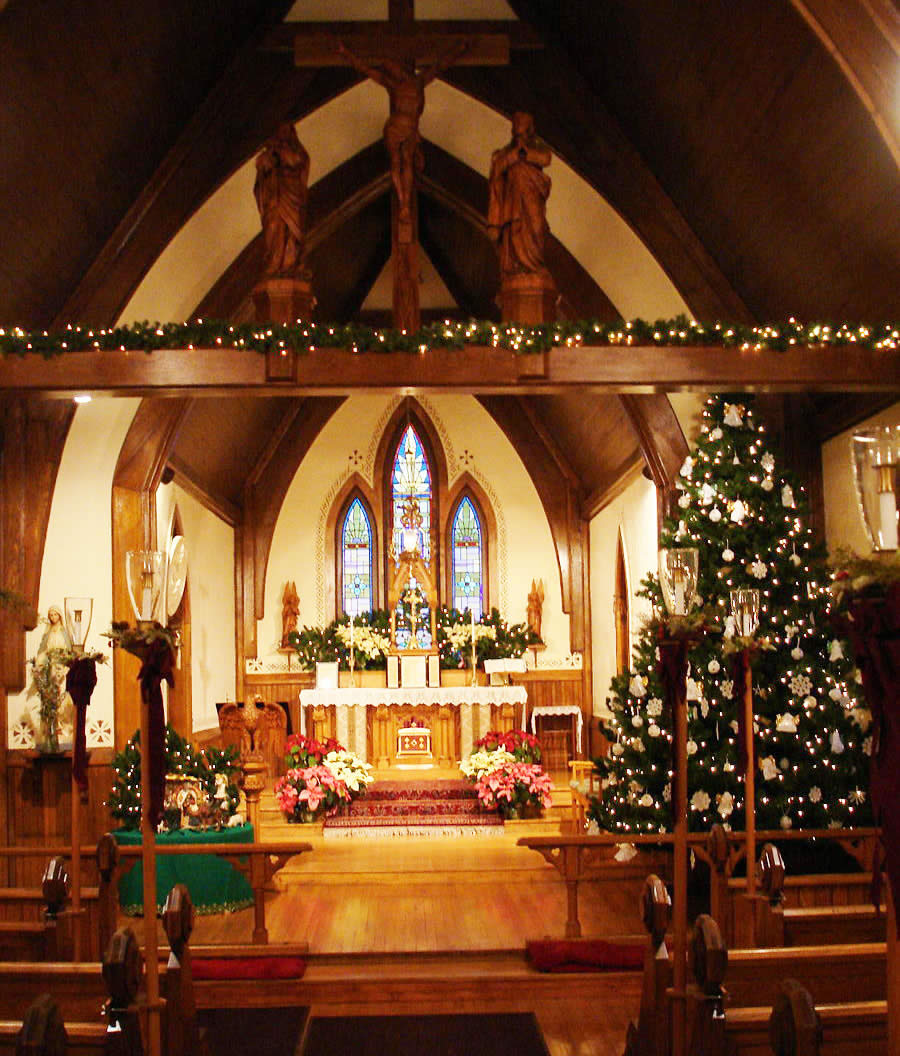 “So they feared YHVH but also served their own gods, after the manner of the nations from among whom they had been carried away.” 2 Kings 17:33 STB

Most of the Church is worshipping the God of Israel at the Altar of Baal and Ishtar, through a hybrid system of worship adopted from the Greco-Roman pantheon of gods. “God knows my heart,” they say. “My motivation is right; I mean well,” they insist. And they fail to realize that though YHVH looks at the heart, He also judges our actions. In fact, everyone will be judged according to their deeds, not their hearts.

“If you call on Him as Father—the One who judges impartially according to each one’s deeds—then live out the time of sojourning in reverent fear.” 1 Peter 1:17 TLV

There is not one scripture in the whole Bible that states the Almighty tolerates any form of pagan worship. But there is a preponderance of Scriptural evidence that he hates it.

“be careful not to be trapped into imitating them after they have been destroyed before you. Do not inquire about their gods, saying, ‘How do these nations serve their gods? I will do the same.’ You are not to act like this toward YHVH your Elohim! For every abomination of YHVH which He hates, they have done to their gods—they even burn their sons and daughters in the fire to their gods.” Deuteronomy 12:30-31 STB

Next time that you or some of your peers decide to celebrate Christmas, Easter, or Halloween (Yes, they are all in the same category as Halloween, which is more honestly dark), please remember that He
hates those celebrations. He does not even tolerate them; He hates them! They all bring serious curses, like all pagan worship and pagan traditions do. These are not Biblical Feasts; they are all Hybrid Transplants from Babylon through Greece and Rome. They are all connected with Sun Worship, which is idolatry. It really does not matter what meaning you may put into it and how sweet it feels. Christmas came from Saturnalia and Easter from the orgies to the fertility goddess Ishtar. It is an abomination before YHVH; it is based on pagan rites and traditions and dates of pagan worship. 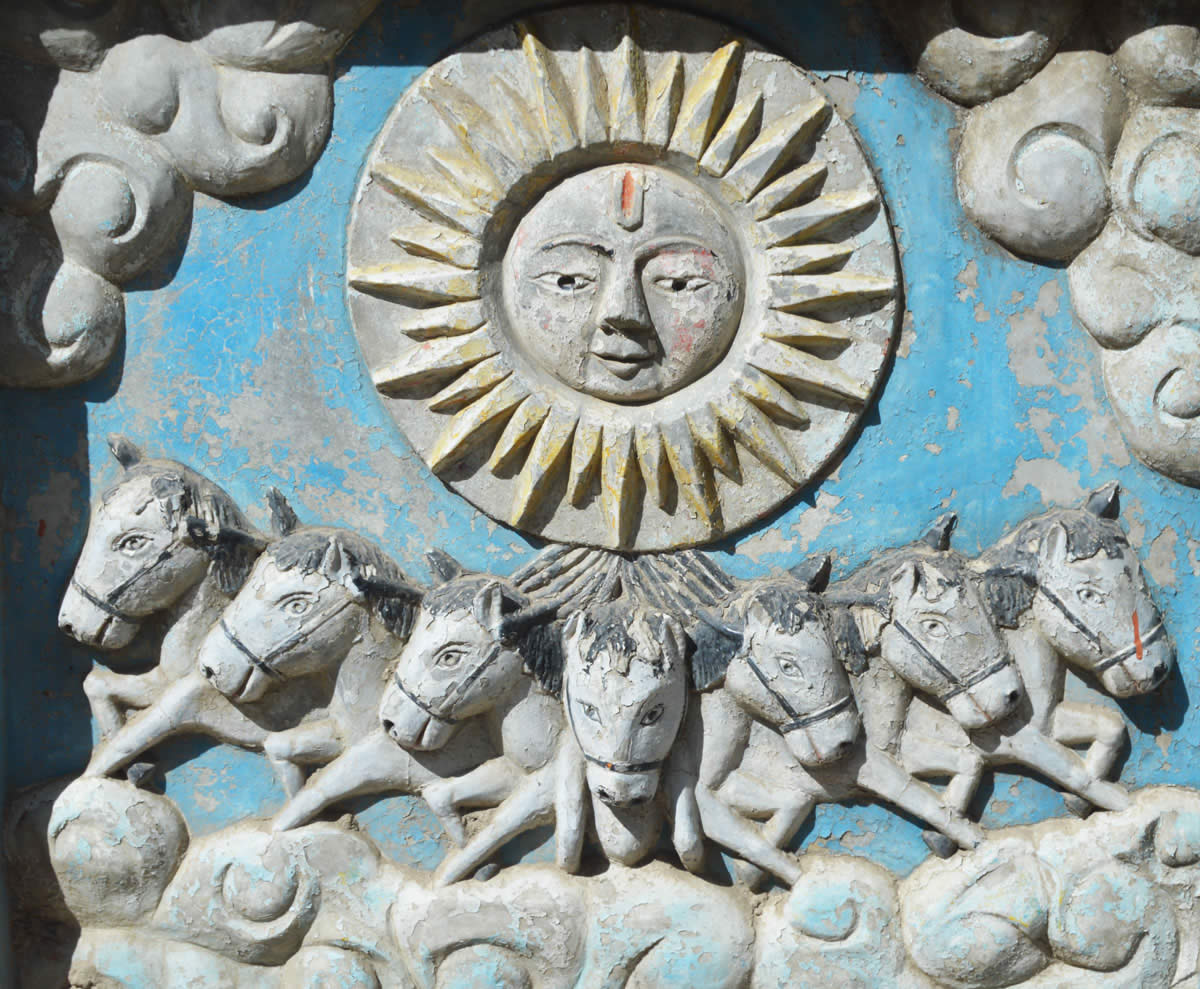 “Thus says YHVH: “Do not learn the way of the nations or be frightened by signs of the heavens—though the nations are terrified by them. The customs of the peoples are useless: it is just a tree cut from the forest, the work of the hands of a craftsman with a chisel. They decorate it with silver and gold, and fasten it with hammer and nails so it won’t totter.” Jeremiah 10:2-4 STB

The Most High said to me,

“They are worshipping Me at the Altar of Baal.”

This has opened demonic portals into your life, family, church, community, and nation.

It is causing terrible Defeat! It is
offending YHVH. If you get offended by this message, remember that sharing in pagan traditions, celebrations and dates offends the Most High. If you choose to disregard the Truth of this message, you will be choosing to continue offending the God of Israel, and you will not be able to plead ignorance. Not repenting for worshipping Him with pagan traditions and on pagan dates, no matter how well-meaning you are, is offensive to Him and weakens you spiritually. On top of it, you, your family, church, and community remain a contact point for these ancient evil gods to plague our society.

“You are the salt of the earth; but if the salt should lose its flavor, how shall it be made salty again? It is no longer good for anything, except to be thrown out and trampled under foot by men.” Matthew 5:13 TLV

Multitudes of Christians, in their ignorance, have been partnering with the gods through these pagan traditions and celebrations. But now the God of the Universe is warning us from Heaven! We have been losing our children to these gods by forgetting His Commandments and mixing with pagan worship.

“My people are destroyed for lack of knowledge; because you have rejected knowledge, I reject you from being a priest to me. And since you have forgotten the law of your God, I also will forget your children.” Hosea 4:6 ESV

Until the Body of Messiah repents from this evil, there will be no lasting victory, revival, or outpouring of His glory. Rather there will be, and there is Ikabod, no Glory, for the Glory of Yah will not share in the Altar of demons, fallen angels, and ancient gods. 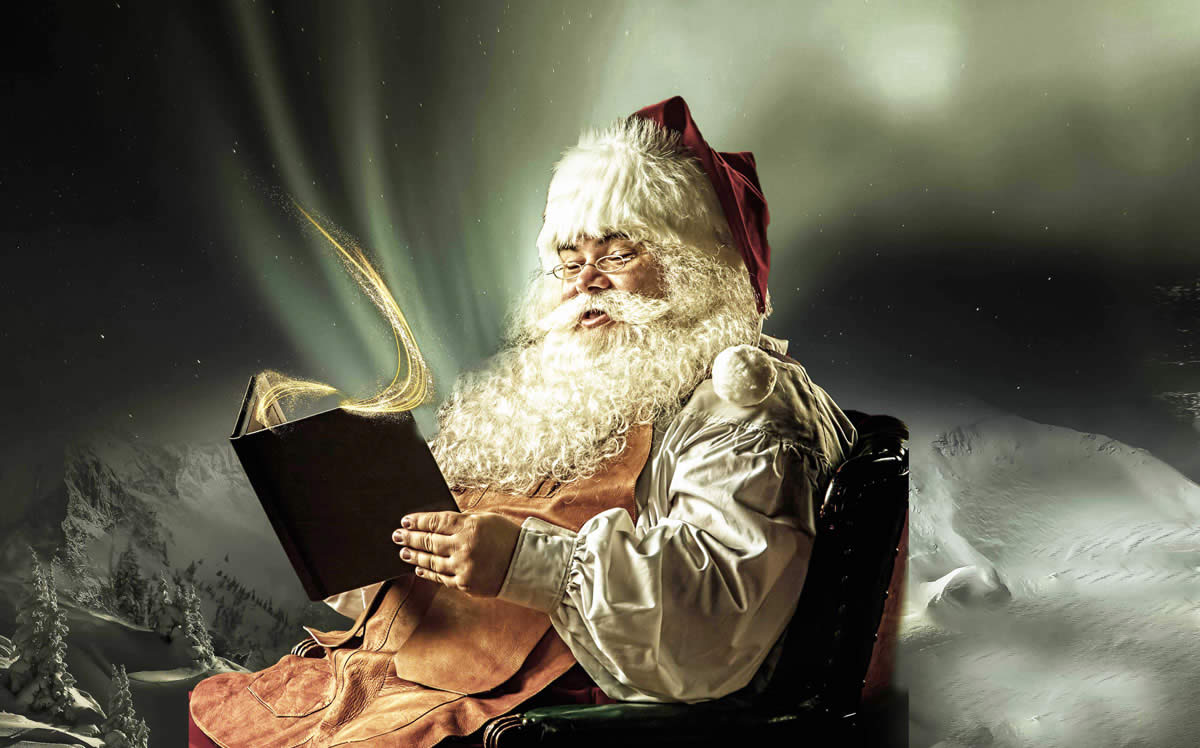 It is high time to burn all those Christmas Baal Trees (representing Baal’s reproductive member), Eastern Stars (symbol of the goddess Ishtar on top of the trees), Santa Claus garments (from the Nordic god Thor), Easter eggs (from Ishtar’s baby sacrifice fertility rites) and bunny rabbits (symbol of the goddess of fertility and sex) – plus all our Halloween costumes (Samhain, the festival of witchcraft and death) and satanic decorations. It is time to cleanse our homes, churches, and cities of all that offends the God of the Universe, who will not accept to be worshiped at the Altar of Baal. Then curses will begin to break and our children will be remembered by Him, and we will start getting delivered from the clutches of the enemy. Additionally, we will have the authority to oust these pagan gods from the marketplace, the school system, the medical system, and all systems that affect our lives.

Then Yeshua says to him, “Go away, satan! For it is written, ‘You shall worship YHVH your Elohim, and Him only shall you serve.'” Matthew 4:10 STB

And if your identity has been confused and intertwined with Christmas Trees, Easter Eggs, or Halloween costumes, as you repent from loving those whom Yah hates, you will be set free. You will be restored to the original identity of any true believer and follower of Messiah in the First Century. You will have your identity in the Jewish Messiah, Yeshua, in His Word, His Commandments, His Holy Feasts and celebrations, and in His Hebrew principles of holy worship and a biblical lifestyle.

“Repent, therefore, and return—so your sins might be blotted out, so times of relief might come from the presence of YHVH and He might send Yeshua, the Messiah appointed for you. Heaven must receive Him, until the time of the restoration of all the things that God spoke about long ago through the mouth of His holy prophets.” Acts 3:19-21 STB

The Hebrew Principles will come in, and the Hybrid pagan traditions of worship and lifestyle, together with the ancient satanic gods attached to them, will be ousted once and for all! Then the Waterfall of His Glory will finally come – and with it the Last Days Revival and End Time Harvest.

The Revival of the Third Day, the Third Millennium!

“For the earth will be filled with the knowledge of the glory of YHVH as the waters cover the sea.” Habakkuk 2:14 STB

Your Israeli American Mentors and Friends 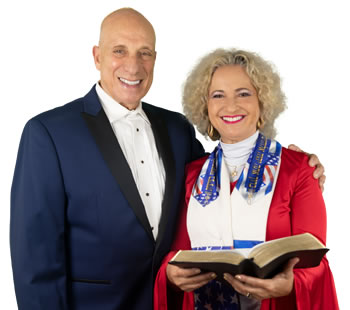 To send your tithes and offerings: