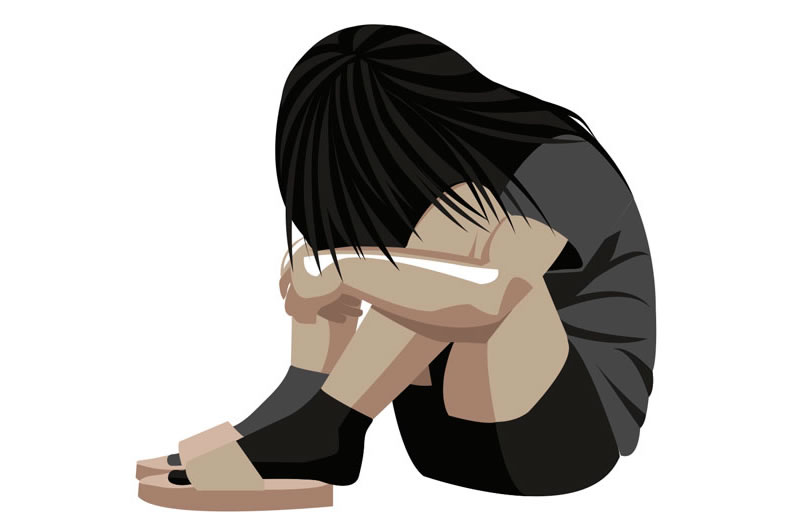 “For the letter kills, but the Ruach gives life.” 2 Corinthians‬ 3:6‬b TLV‬‬‬‬‬‬‬

What made me, as a 14 year old girl, to make a resolute decision to stop being a believer and reject Jesus for good?

I was raised up as a daughter of Pentecostal believers; my grandfather was a preacher. His father was a Jew from Poland, who had resettled to Russia and married a lady from Siberia. When my grandfather was five years old, his father died and a few years later they escaped through the border to Finland (during World War II). He worked in hard labor in the forest as a young boy. As result of that plus malnourishment, he was very sickly all his life and even developed a hump in his back. He found his comfort in the Pentecostal church, becoming an evangelist and a preacher. He did not know much about the Holy Spirit but made sure that sin was thoroughly defined. He softened in his old days though. I remember how I read the Bible to him when he was already almost fully blind. I had a full punk make up then but he could not see it – so he just smiled as I read his favorite Scriptures and sang him his dearest song, the Beautiful Land, where he yearned to go. Not long after these days his time to go to that land came, following my grandmother who had passed away before.

Like my grandfather, I wanted to be an evangelist. Through all my childhood I was passionate for Jesus, even evangelizing my school mates. I attended the annual charismatic summer camps with my best friend, who’s church I had begun to attend. After my parents allowed me to read Run Baby Run by Nicky Cruz at the age of 10, I wanted nothing else than to become a street evangelist in New York City. I received many prophesies of having a calling from God for His work. I could not wait for the exciting future! I could not comprehend why anyone would want to smoke or drink – even a little mistake made me plead God’s forgiveness desperately and feel overbearing guilt. I had underlined many judgement passages from my Bible like, “For sin’s payment is death,” leaving away the ending part about grace. I felt responsible not only for my own salvation, but for everyone’s around me. The burden was heavy. 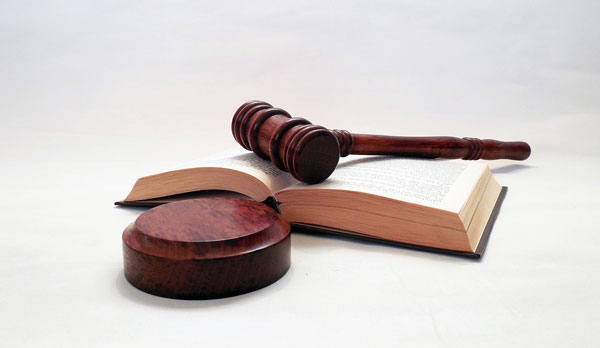 Passionate in my faith, but forever guilty – that was the story of my childhood. I sensed the Holy Spirit and the presence of Yeshua and felt tremendous joy — but on the other hand I felt always guilty and under judgement. Thus, I became a proficient judge of myself and others. I tried to be a savior – I tried to fix everybody. I tried to force people to believe. Because if they would not, I believed it would be all my fault. I was angry – anger grew inside of me like a hungry beast. I loved and hated God. I was desperately yearning for love and acceptance but there were no safe adults to really talk to. I tried to control my life and I hated to be controlled. My parents say that I was the most stubborn kid anyone could imagine – giving up or even just losing in a game made me so terrified that I made sure to argue endlessly. Showing weakness would mean that I failed – failed to be perfect and failed to control myself to gain security. I was lonely but at the same time I felt powerful – I could survive, manage, make people to believe and correct my parents to become better believers. I had a strong character, was a born leader, one that came up with new game plays and directed other kids. I made a whole row of teenagers leave a gospel concert we were attending because I claimed that using drums in worship was sinful. I had become a member of the congregation where my best friend and her family belonged, and in there any other instruments but piano and guitar were strictly prohibited (as well as clapping hands). According to them this was the only right church to be a part of. In reality it was more like a cult. But at the same time and because people were so hungry, the Holy Spirit touched us in the summer camps and we prayed sometimes for hours in tongues. That revival flame was soon roughly extinguished by religious flames of judgement and legalism.

Then some things happened that shockingly crushed my trust in my parents and in God.

The only comfort during that difficult time was a Pentecostal preaching cassette given to me by someone. It taught me to thank and praise God for all evil things and to receive them as God’s gifts, as his training and testing, and to believe this to be for my very best.

I listened to the tape over and over again, trying to thank Him for the sin that had destroyed my trust and forced me to carry a painful family secret.

God in my eyes was completely divided. The secure, joyful presence of Jesus was completely divided in me by the image of an evil God, who always wanted to test, train and send trials “for the best” – to purify, judge and to bring constant guilt. The God of the Law, the God of the Old Testament and the way He was presented to us by our preachers, felt totally separate from the presence of the Holy Spirit that had helped me since I was a little girl. At the age of 15 I made my resolution; to deny God for good. I ran away from home and chose to try all the godless things I could find.

I realize today that I was raped by religion. So were my parents and their parents. Elohim, the Creator, the true God of Israel tried to come through to us, in spite of all the lies that we believed about Him. But we did not really know Him, neither could we discern His voice. But I tasted of his presence and that I could never forget. Even when I was drunk and drugged I kept preaching Jesus to my friends. 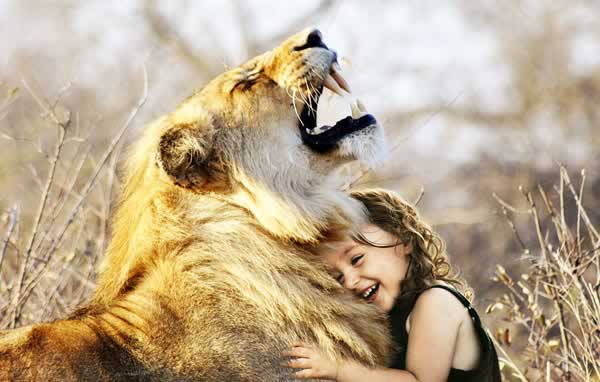 Finally, the day came when that presence of the Creator was brought to me without religion and with the sweet name of Yeshua, my Jewish Savior. I got to know the Good God, the undivided God (same God in both covenants!) — that His goodness brings us to repentance, which does not mean judgement and shame but rather forgiveness, returning home and empowerment to walk His ways.

..but God’s gracious gift is eternal life in Messiah Yeshua our Lord.” Romans 6:23b

Little by little the marks of spiritual rape began to heal. I got to know Yeshua, the Jewish Messiah, instead of the Christian Jesus, who was so controversial, and in whose name so many people were murdered (The Holocaust, the Spanish Inquisition and more). Yeshua is like His Father, who is so different from that legalistic “God of the Old Testament” the way He had been taught to me. I got to know Abba, and He was not religious, neither was Yeshua. I realized that both in the Old and New Covenants it’s the same Elohim who speaks and that His word is Eternal. His law is called Torah which has nothing to do with legalism, but rather it means Instructions from our Loving Father who wants our very best.

Guilt and shame were taken away and replaced by trust and love. My old master, the all-encompassing fear, could not stay in the presence of Love. It began to fade away. And it keeps on fading away all the time as I choose to believe the truth He says about me and about Himself.

The patient love of my new spiritual family brought me from death to life and I found my place in the ministry that brought me the Messiah, without religion. 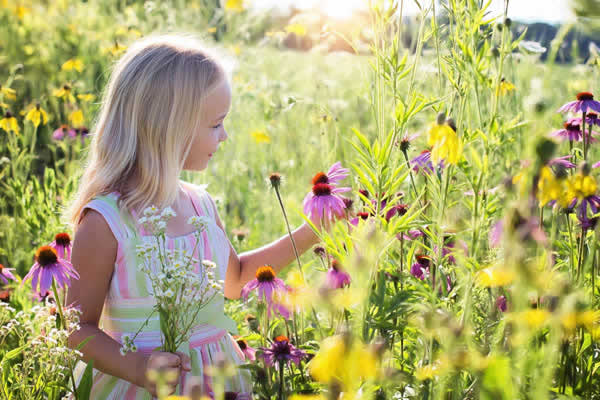 What really helped me to take this amazing journey of restoration was studying Archbishop Dominiquae Bierman’s GRM Israeli Video Bible School. I highly recommend it to all of you that have been raised in any form of Christianity and that might have been wounded by religion. It will wash you clean — and you will be able to start a brand- new relationship with Yeshua the Jewish Messiah, the Awesome Lion from the Tribe of Judah. You will be mentored by Truth and Love and will get to know the True Father in Heaven, the God of Israel. You can study on line, order it home or plant it in a group form. Click below for more info.

My desire is that you too will become whole if you have been wounded by religion and that you know that there is help for you.

In His Love and Mercy 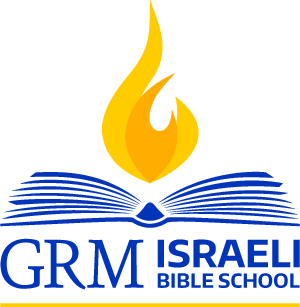 Help this Ministry to set many more people free:

Book that can set you free and change your life!

Eradicating the Cancer of Religion

This book will help you and those you love to get free from this devastating disease called “The Cancer of Religion.” You may think that this is for “the neighbor next door” but experience tells me that this is for you as we are all religious creatures in one way or another, whether Jewish, Christian, Moslem, Buddhist, Hindu, New Age, Atheist or Agnostic. This will definitely be a journey of discovery that will lead you to freedom!

Join us as we continue our study with Archbishop Dominiquae Bierman from the Uniting Nations for Israel Tour. Learn how “giants” (lies we have believed) can keep history repeating in our lives until we face these Goliaths. See that even Messianic believers today must be overcomers of religion & traditions of men, to walk in a true new covenant relationship with our Messiah. Lies separate us, but truth unites us — to Him and to each other.

We invite you to join us during our upcoming Tours and Celebrations!
Passover at the UNIFY Embassy on the Jerusalem Hills – 17-18 of April 2019
Shavuot Tour and Holy Fire Conference –7-14 of June 2019
Sukkot Israel Tour – Bible School on Wheels –10-23 of October 2019
United Nations for Israel Yearly Convention in Jerusalem – 16-19 of October 2019

Become a member of the United Nations for Israel: