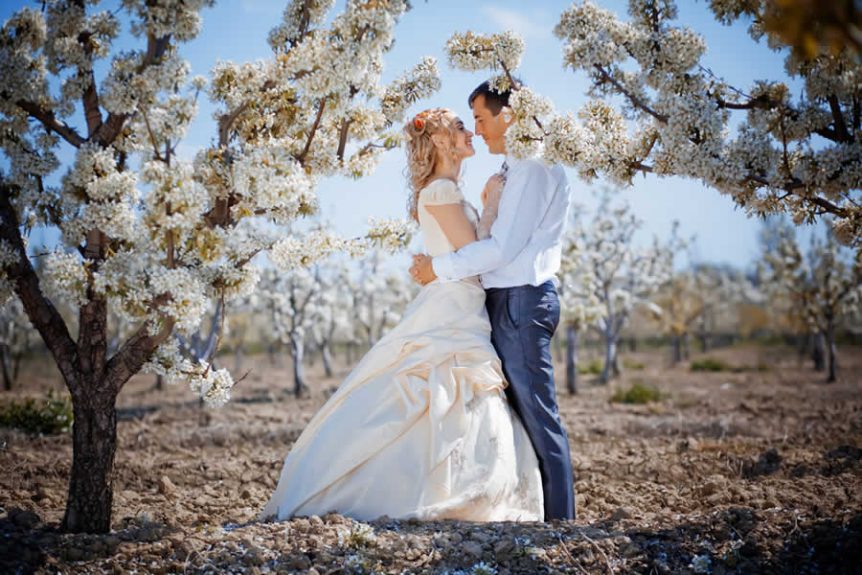 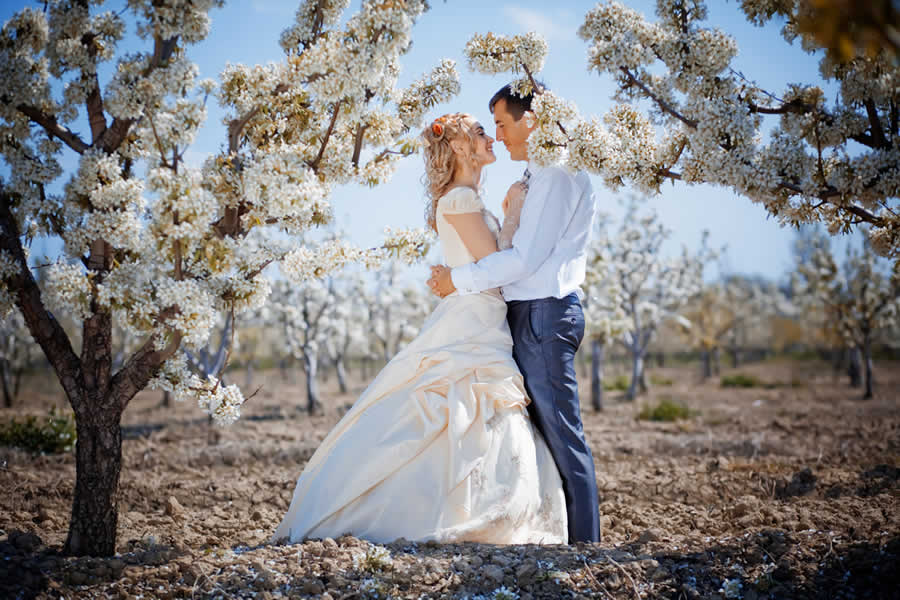 Why is it so urgent to bring this information?

“My anger is stirred up, says the Lord, against the nations for they are dividing My land and seeking to destroy my heritage.

My furious anger is like a boiling cauldron against those powerful states that have produced such strategies and who by pressure and manipulation are seeking to implement them.

Now, I will become their enemy, says the Lord, and I will judge them with natural disasters, by physical catastrophes, by fire, by flood, by earthquakes, and by eruptions. I will touch the seas, the atmosphere, the earth and all that is within them. Moreover, I will touch them where it will hurt them the most for I will touch their power and the foundations of affluence and prosperity. I will smash their prosperous economies, says the Lord. And I will overturn, and overturn, and overturn that they may know that I am the Lord.”

Michael McGarry, “The Holocaust and the Christian World” by Ritner, Smith & Steinfeldt:

“Many Christians when confronted with the Shoa (Nazi Holocaust), gaze on it as if some aliens landed on the earth, took the name ‘Nazi’ and proceeded to torture and kill Jews. They regard the perpetrators of these monstrous acts as from another planet, as people that otherwise did not hug their children, weep at the death of a parent, bleed when they were wounded – in other words, non-human creatures without a conscience, automatons of some mad and evil creator. But the Shoa (Holocaust) is not the story about a group of alien people, rather about human beings. And they, we must admit, were primarily Christians, from the great Lutheran and Catholic tradition. Somehow they had lost that which made them followers of Jesus or they had chosen to suppress it in their horrid pursuit of killing Jews.”

The following illustration will explain why Christianity was ‘the womb’ of the Spanish Inquisition, the Crusades, and the Nazi Holocaust. Yahveh-God is looking to the Church for repentance in order to influence the nations and fulfill the mandate of Matthew 28:19 “Go and make disciples of all nations.”

The first and original Church was married to a Jewish Husband by the name of Yeshua the Messiah & into His family the Jewish people (Ephesians 2:14 and Romans 11). The Wedding Ceremony took place in Jerusalem. It was ratified and sealed by the spilling of the Blood of the Husband and by the breaking of His Body. (Luke 22:15–20) The time of this marriage was the Holy Biblical Feast of Passover. The fruit of this miraculous wedding was thousands and thousands of people, both Jews and Gentiles, saved and healed. Even the shadow of this holy bride healed the sick, as signs and wonders and miracles followed her wherever she went in the name of her Husband Yeshua.

This marriage led the wife to much suffering. Many in the world did not love her Husband and tried to kill her by persecuting her and even throwing her to the lions during the Roman Empire’s reign of terror. Those were hard years. After many years of suffering, Yeshua’s wife had become weary. He had gone to prepare a place for her and had not come back yet.

She started to get tired from her lifestyle as an outcast, persecuted and hunted at every corner. She longed for peace at any price. She longed for the warm embrace of a Husband who would provide her with peace and security here on this earth… At her weakest point an earthly king appeared. (Matthew 10:34, John 14:27, Jeremiah 8:11)

This earthly king was influential and powerful by earthly standards. He could stop the killing and persecution against her. He could give her the security she longed for…If only she would agree to divorce this Jewish Husband of hers and completely separate from His family Israel, and from that Book that she treasured so much – where He had left her all of His instructions and the family legacy of God’s Word.

This powerful king seemed to be a spiritual man. He claimed that her Jewish Husband had appeared to him in a dream and had given him the crown of the Roman Empire. His deceptive charm and appeasing manners managed to attract the very weary Bride of Messiah, but not all were deceived. There was a portion of the Bride/Church/Ecclesia that was not fooled by the charms of this deceitful king. These were the Messianic Jews of the time.

They were too rooted in the writings of the Holy Book and the Ancient Hebrew Scriptures to be deceived. But the vast majority of the believers at that time were Gentiles, and they did not want any more suffering on behalf of The Book, its Author, or His Family.

They wanted freedom and peace at all cost.

The powerful Constantine sang the song of peace and safety and prepared a bed of roses… The Gentile portion of the Church slept with him, falling into violent adultery and wounding the heart of her Heavenly Jewish Husband. In order to appease the conscience of this adulterous church, Constantine decided to legalize this unholy union in the year 325 A.D. by means of a wedding ceremony called The Council of Nicea and drawing up an ungodly and illegal marriage contract called the Nicean Creed.

He used his worldly power to draw all the gentile church fathers, which for the most part were already anti-Semitic and hated their Jewish Roots. These church fathers were to be witnesses of this horrendous divorce and the adulterous new marriage between the predominantly Gentile Church and another Jesus, a product of Constantine’s own creation.

This alternative Savior came with another family, another book (totally disconnected from the Ancient Hebrew Writings), other customs, laws, festivals, traditions and ways of measuring time.

Knowing that his brand-new wife was accustomed to worshipping God, he organized for her a god that would suit her perfectly by not demanding any holiness from her. He presented a god of peace that was lenient towards a mixture of paganism and holiness: An all-inclusive god, who accepted all traditions and blended them into one.

Now Passover and First Fruits, the festival of Yeshua’s Resurrection, would become The Feast of Ishtar, the goddess of fertility, or Easter with bunny rabbits and Easter eggs. (At that time eggs were dipped in the blood of the babies sacrificed to the goddess, thus the tradition of painting the eggs).

Now the Day of Worship would change from Shabbat to Sunday in order to eternalize the sun god who for now would be called Jesus– yet it was another Jesus and certainly not Yeshua–The Jewish Messiah.

Then the day of the winter solstice of witchcraft, called Saturnalia or Paganalia, celebrated on the 25th of December in the Roman Empire, was to acquire the name Christmas and would celebrate the birth of this false Messiah. For the true Messiah was born during the Holy Biblical Feast of Tabernacles and followed the Hebrew Biblical Calendar, not the Roman one. (Daniel 7:25-27, Jeremiah 10:2-4 about the Christmas tree.)

The Ancient Holy Book of the Hebrew Scriptures was to become obsolete, and its laws done away with. Instead, Constantine compiled the Apostolic Writings, the letters of Paul and others into a new holy book and called it the New Testament. He gave this holy book his own perverse interpretation, completely divorced from the foundational Hebrew Writings whom he and his followers called the ‘Old Testament’. (Matthew 5:17-21)

“In rejecting their custom, we may transmit to our descendants the legitimate way of celebrating Easter…We ought not therefore to have anything in common with the Jew, for the Savior has shown us another way; our worship following a more legitimate and more convenient course (the order of the days of the week); And consequently, in unanimously adopting this mode, we desire dearest brethren to separate ourselves from the detestable company of the Jew.” (Excerpt from The Nicene Creed, year 325, found in Eusebius, Vita Const. Lib III 18-20)

This creed and its instructions are still followed by most Christians today with the celebration of Easter, Christmas, Sunday (replacing Shabbat), and the rejection of the laws of God.

Indeed, a new religion had been born. It had a gentile god by the name of Jesus Christ, an apostle by the name of Constantine, a new book by the name of the New Testament (although compiled from the Apostolic Writings, which are completely YaH-inspired, it was deceitfully interpreted through gentile eyes and gentile theologians), and new traditions, and unholy festivals such as Easter, Christmas, Sunday, and Halloween.

What has been the fruit of this adulterous marriage?

The fruit of the first holy matrimony were salvations and healings.

The fruit of this ungodly and pagan marriage were forced conversions and killings, yes even mass destructions of the family of Yeshua the Messiah, (the true Husband), in the name of the false Jesus Christ god created by Constantine.

A god who, according to Constantine in the Nicene Creed, had shown us another way. What was that way? It is a way of jealousy, hatred, killing, destruction, and lawlessness. Horrendous Christian events such as pogroms, the holy inquisition, and the holocaust, have taken place since this ungodly 4th century marriage and the creation of this false religion.

The hatred conveyed in the Nicene Creed against the Jews and anything Jewish, including the Torah and the Old Testament, has continued through the great Protestant Reformation of the 16th century, and it still influences Christians today.

The following excerpt is from Our Hands are Stained with Blood by Michael Brown, as he quotes directly from Martin Luther’s writings.

Luther wrote this after he was frustrated from trying to evangelize the Jews and when he was old and sick:

“What shall we Christians do with this damned rejected race of Jews? First, their synagogues should be set on fire. Secondly, their homes should likewise be broken down and destroyed. Thirdly, they should be deprived of their prayer books and Talmuds. Fourthly, their rabbis must be forbidden under threat of death to teach anymore. Fifthly, passports and traveling privileges should be absolutely forbidden to the Jews…To sum up dear princes and nobles, who have Jews in your domains, if this advice of mine does not suit you, then find a better one. So that you and we may all be free of this insufferable, devilish burden – the Jews.”

Hitler followed Luther’s instructions meticulously and quoted him while doing so. The fruit? Over six million Jews exterminated in horrendous death camps and gas chambers, and many survivors scarred for life.


“After two days He will revive us; on the third day He will raise us up, that we may live in His sight. Let us know; let us pursue the knowledge of Yahveh. His going forth is established as the morning; He will come to us like the rain, like the latter and former rain to the earth.”
Hosea 6:2, 3

The Third Day is upon us, the Third Millennium, and this is the Father’s Call to His Third Day Church:

Come let us return to Yeshua, to our Jewish Messiah, His Jewish Family and His Ancient Hebrew Scriptures. Come let us reinterpret the New Testament through the eyes of the Holy Scriptures. Let us separate ourselves from our pagan husband, Constantine, and his false Jesus and let us go back to the True Messiah Yeshua, to His Father’s Laws and Precepts, to true Divine Holy Grace, to True Love and Holiness. Let us return to Jerusalem…And let us be made whole from centuries of adultery and paganism, as we go back to the original apostolic Jewish roots of our faith.

In Yeshua’s Love and Brokenness,

Disclaimer
What This Article is not saying