An Asherah pole is a sacred tree or pole that stood near Canaanite religious locations to honor the Ugaritic mother goddess Asherah, consort of El. The relation of the literary references to an asherah and archaeological finds of Judaean pillar-figurines has engendered a literature of debate. (Wikipedia)

The goddess Asherah and Asherah poles are in the Bible from Exodus to Micah, which shows that this form of idolatry was a constant thorn in Israel’s side.

Break down their altars, smash their sacred stones and cut down their Asherah poles. Exodus 34:13

This goddess appears to be the divine consort of the principal male deity in a number of Mesopotamian and Syrophoenician pantheons: this diety is the Babylonian storm god Amurru, the Ugartic god El, and perhaps even the Canaanite god Baal. Asherah was clearly a popular goddess (1 Kings 18:19). Her prominent appearance in the biblical narrative also indicates her cult was a major rival to Yahweh worship (Ex 34:13; Deut. 16:21). As a result, this explains the number of examples in which Asherah poles are erected and venerated, the strong condemnations of this practice and the depictions of these poles being cut down and burned (Judg. 6:25-30; 2 Kings 23:4-7).

She was often represented in the Bible by sacred poles erected near an altar. Her popularity among Israelites, still tainted by a polytheistic worldview, may be suggested by the inscription found in the northwest part of Sinai, “Yahweh and his Asherah”. Asherah can either be the name of the fertility goddess or the name of a cult object. The goddess was popular in pagan deviations in Israel and was also sometimes considered a mediator of Yahweh’s blessings. (https://www.olivetree.com/blog/what-is-an-asherah-pole/) 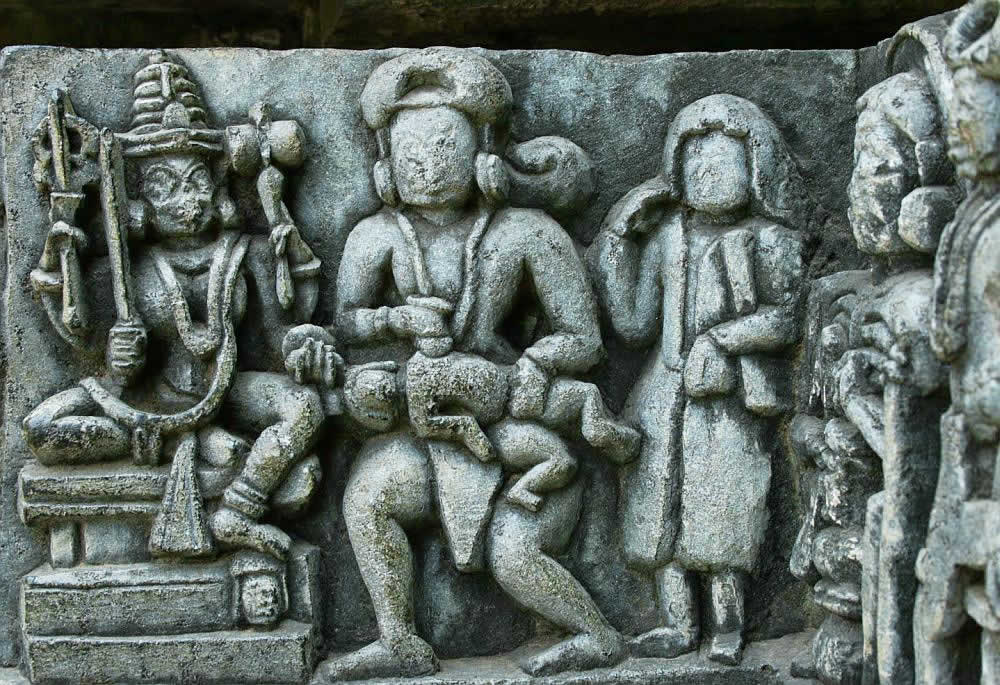 One common feature of Canaanite worship and of syncretized Israelite worship on “high places” and in city shrines is the erection of Asherah poles (Judg. 3:7; 1 Kings 14:15; 15:13; 2 Kings 13:6). However, we have little information on the function of these poles in ritual practice.

The writer of Kings points to the veneration of Asherah poles as one of the several reasons for Assyria’s conquest of Israel. The reforms of Hezekiah and Josiah both attempted to outlaw these images sacred to the Canaanite goddess. Therefore, the order to cut down these cultic poles signified the need to purify the nation of foreign influence and return to compete loyalty of Yahweh. (https://www.olivetree.com/blog/what-is-an-asherah-pole/)

You who burn with lust among the oaks and under every green tree, who sacrifice your children in the wadis and under the clefts of the rocks? Isaiah 57:5 TLV

“Indeed, long ago I broke your yoke and tore off your bonds. You said, ‘I will not serve!’ Instead, on every high hill and under every green tree you sprawled out as a prostitute.” Jeremiah 2:20 TLV

Scholars are not completely sure about whether these were simply wooden poles that symbolized trees, perhaps containing the carved image of the fertility goddess, or were part of a sacred grove. Pictures on seals excavated in the Land of Israel, for instance, show Asherah as a stylized tree in the Iron Age. The reference in 2 Kings 17:10, which refers to Asherah poles beside “every spreading tree” seems to indicate that these were for cultic purposes rather than planted trees.

Apparently, the women wove types of coverings or vestments to adorn the Asherah statue. Fashioning woven and embroidered garments for the statues of gods in Mesopotamia was a well-known practice.

What does this mean for us today?

The Israelite’s Asherah poles were one of the many ways they violated God’s command to have no other gods or worship a created image (Ex 20:3-6). Throughout humanity’s history, God has been calling us back to Him. Worshipping anything else just doesn’t make sense when we could be giving glory to the Creator of the universe.

A couple of conclusions I made from the above information:
Sometimes, it takes a while to learn your lesson. Even if you keep sinning against God, all He wants is for you to turn back to Him.

The Israelites often fell back into idolatry due to the influences of the neighboring/invading cultures. Set your mind on Him and do not let yourself be drawn away from God by today’s culture.

Asherah was sometimes erected right next to the altar of Yahveh. Don’t let yourself be tricked into believing that you can prioritize other things as much as God. As Yeshua said, “No one can serve two masters” (Matt 6:24). (https://www.olivetree.com/blog/what-is-an-asherah-pole/)

I believe that as long as we continue trading Biblical Holy Worship for pagan-inherited worship that provoke emotions, we are trading His Holiness, Truth and Glory for man-made traditions inspired by idolatry. This tradeoff is very costly! It affects His Bride adversely, diminishing her purity, authority and glory.

“Then Elijah approached all the people and said, “How long will you waver between two opinions? If YHVH is God, follow Him; but if Baal is, follow him.” 1 Kings 18:21

To send your First Fruits and Feast Offerings for the Shmita Year:

Watch the latest Teaching: Take Charge Against the Bullies

Learn the Jewish roots of the faith

I want to say that I now know a lot of facts related to the history of the Church, of usurpation with identity theft, of the whole history of the Jewish people and anti-Semitism: this book is incredibly rich! A true well of information and revelations: Praise be to God! ~ François Foisil, France

As you read this incredible book by Archbishop Bierman, you will discover shocking truths that have been shuttered and hidden by historians and theologians for generations. This book is a tsunami of revelation of our past, present, and future of the people of Yah. ~ Archbishop General Dr. Lawrence Langston, Th.D. Ph.D., USA

Signs and wonders were common among the early church, but this power was stolen from believers. How? By changing the identity of our Lord. This identity theft is revealed and clearly outlined in this breakthrough book. It will open eyes and answer many questions, restoring our true foundation of faith given to the disciples of Yeshua, our Jewish Messiah. ~ Reverend Debra Barnes, USA

Join our New Telegram Channel for the latest updates from Archbishop Dominiquae Bierman:

We have opened a prison ministry in the United States led by Rabbi Baruch Bierman, a GRM Bible school group in the UCI prison in Florida. Step by step, they are being led to the gospel made in Zion, and we have seen many miracles happening in their lives! When Rabbi Baruch is visiting them at the prison, he always returns with reports of healings and transformation of lives. Yah has opened us a mighty door!

We have just launched GRM in a platform that makes it available for all the prisoners in the American prison system to study with their tablets. We invite you to support this important ministry through prayers and donations to enlarge this effort to introduce Yeshua, the Jewish Messiah to the prison system all over the USA!

As you send in your donation, please write to the comment section: “Prison Ministry”

Join the United Nations for Israel!