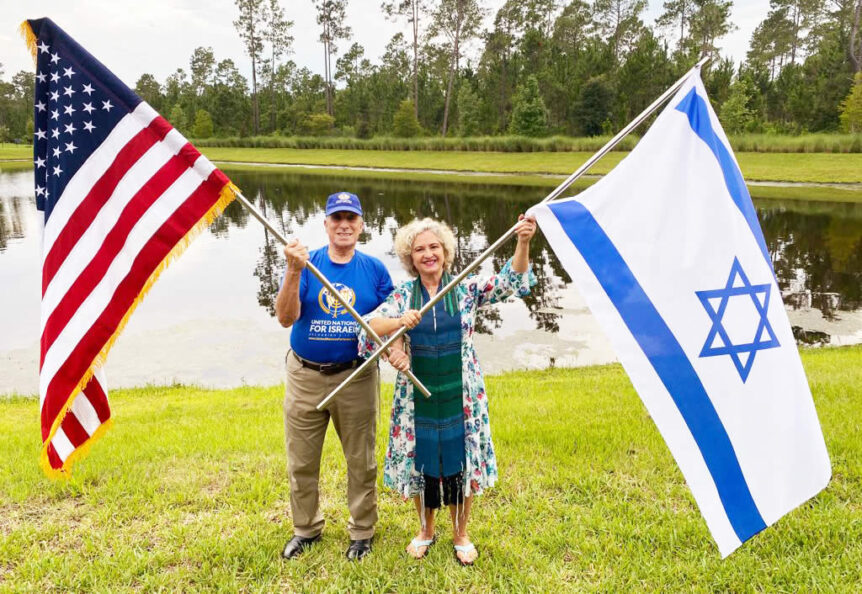 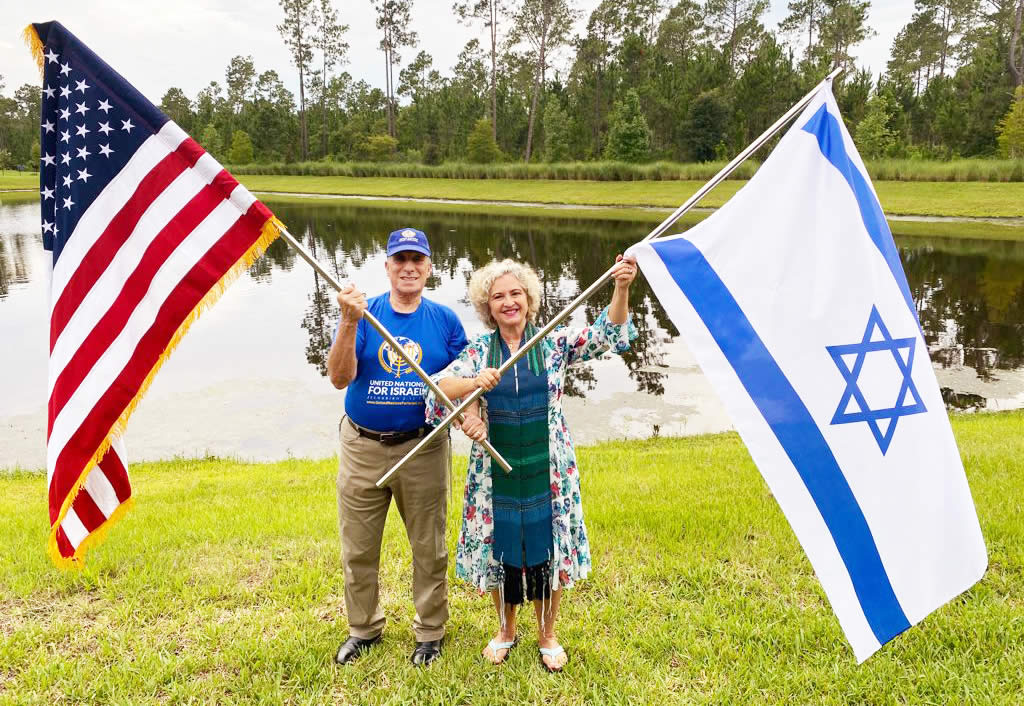 Afterwards, the children of Israel will return, and they will seek YHVH their God and David their king. Then they will turn in awe to YHVH and to His goodness in the last days. Hosea 3:5

Then those who revere YHVH spoke with each other, and YHVH took notice and heard, and a scroll of remembrance was written before Him, for those who revere YHVH, even those who esteem His Name. “So, they shall be Mine,”—says YHVH-Tzva’ot— “in the day I make My own special possession. So, I will spare them, as one spares his son serving him. Then you will return and distinguish between the righteous and the wicked, between one who serves God and one who does not serve Him.” Malachi 3:16-18 TLV

YHVH is writing a scroll of remembrance for us. Even if you believe nobody is noticing or seeing what you’re doing, take courage. YHVH knows, and He is writing a book of remembrance. We first minister to a volume of one. Getting bigger is up to Him; we concentrate on doing what is right in the eyes of God and man. When we walk in His ways, He writes a scroll of remembrance for those who revere Him and esteem His name. There is special protection as we stand against anti-Semitism—He will spare us, as Malachi says. Stand on this promise!

Now is a crucial time that we should pray for a distinction between us and the wicked, those that serve YHVH and those that don’t. Our allotment is not only persecution, rejection, and difficulty. When we pay the price all the way and do His will, then we can stand on this Word and ask Him to make a distinction. We can pray, “Open doors and bring us favor so we can break through every limitation and barrier, and put on us Your anointing, power, authority, joy, and provision. Make us shine so the nations will fear Your name.” 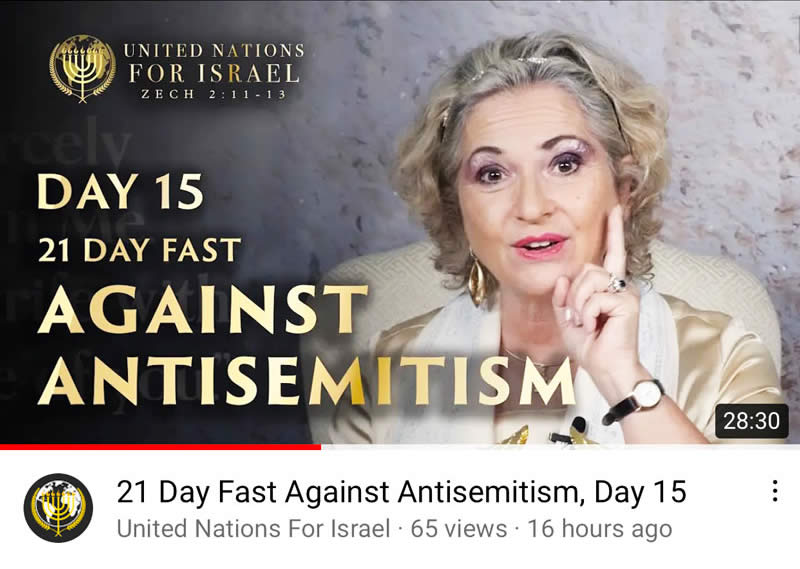 It’s easy to get accustomed to spiritual food, but you can’t get fat. You must run with it: don’t be lazy. Share my Against Antisemitism videos! Grab them from YouTube, Facebook, and Telegram and spend at least 15 minutes a day sharing them forward, together with The Identity Theft book. All these videos are also subtitled into Spanish so that our Spanish-speaking audience can share them as well. If you would like to translate them into your own language, contact us via info@kad-esh.org. Don’t grow silent, and don’t give excuses for what is right!

After my last monthly retreat, I asked YHVH to tell me whatever He wanted to say. He said, “I am going to open doors before you, so I want you to get ready.” Indeed, they have been opening! We prayed for TV shows, and radio shows to open. Now, we have received radio program openings and an opening on the Jim Bakker show. Jim Bakker has a viewership of 1.6 billion people. Meanwhile, Rabbi Baruch has discovered a new prison that is entirely faith-based! His prison ministry is expanding, and he will hold monthly Shabbat meetings for the prisoners. Many people are being touched and delivered powerfully! Additionally, GRM for prisoners is now available on the Lantern platform, a system made for prisoners to study. We can now introduce GRM into almost every prison system in America. Praise YAH! 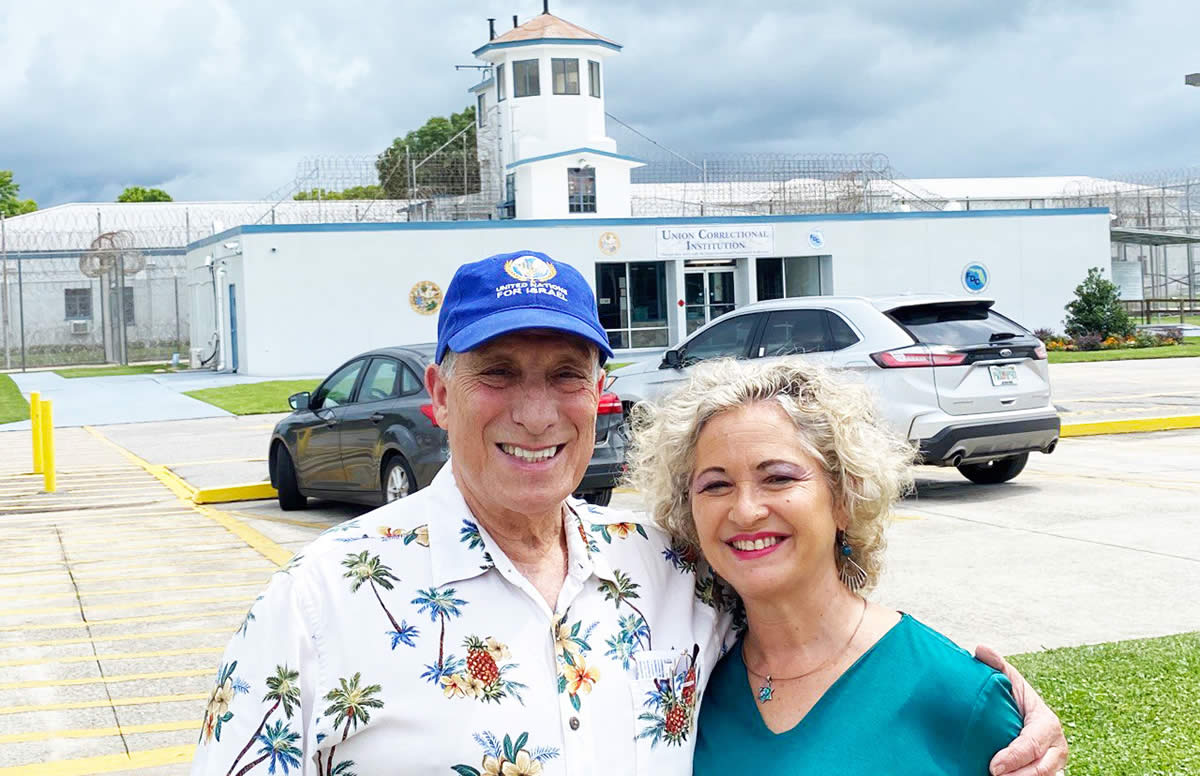 The Peruvian team is continuing to meet twice a week to pray and intercede for Israel, sharing the Word and Archbishop’s Shabbat letters. Two students of GRM have had a troublesome time financially because of COVID-19. Well, after crying out to Yah, they opened an online business selling groceries. They started “Bodega Israel,” and on the third day, they received their first payment of salary and groceries! Another unemployed lawyer cried out to Yah and received not only the job he wanted but the exact wages he wanted, too! 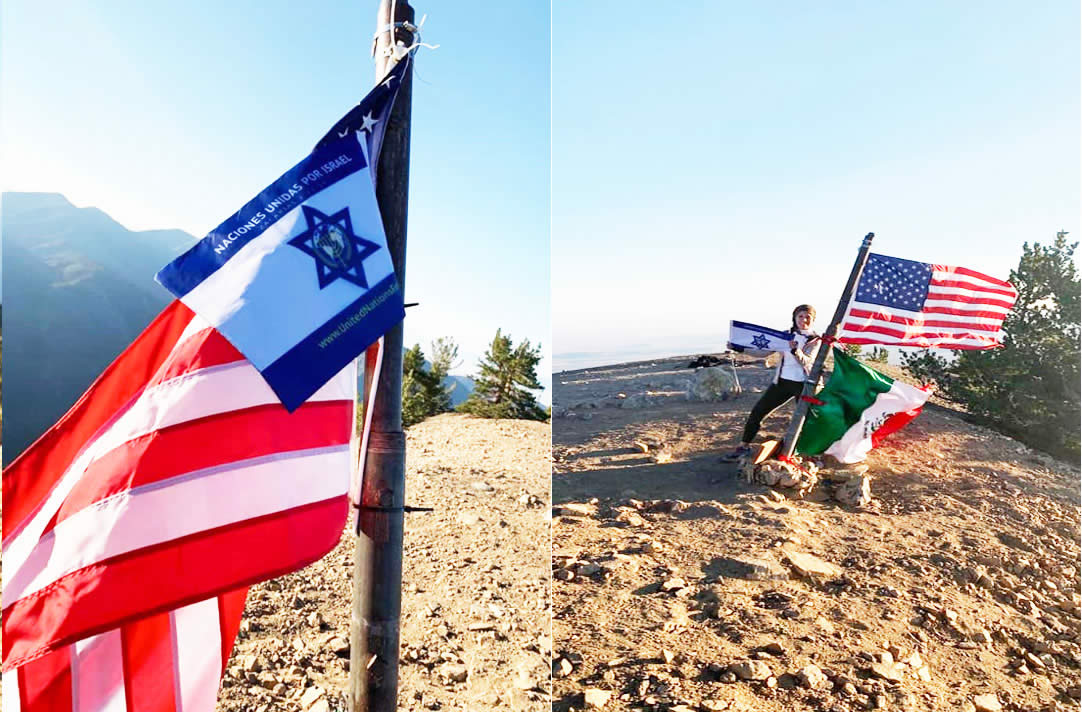 Pastor Cesar sent out sister Veronica to make a prophetic intercession in the California mountains within the USA. She placed the flag of UNIFY on the top of the Baden Powell Mountain, elevation 9399 feet. Then she declared Isaiah 62:1, “For Zion’s sake I will not be silent, For Jerusalem’s sake I will not rest, until the light of her righteousness breaks, and the torch of her salvation burns.” Even amid a deadly climb, Veronica continued to persevere until she reached the summit. On the way, her guide surrendered his life to Yeshua in the most challenging spot on the path called “Devil’s backbone”! Finally, on the top, they planted the flags of UNIFY, Mexico and America!

Also, a word of prophecy from Archbishop Dominiquae was fulfilled that Pastor Cesar would receive land for a congregation. Recently Pastor Cesar was given land as a grant, 3,281 by 1,000 square meters! 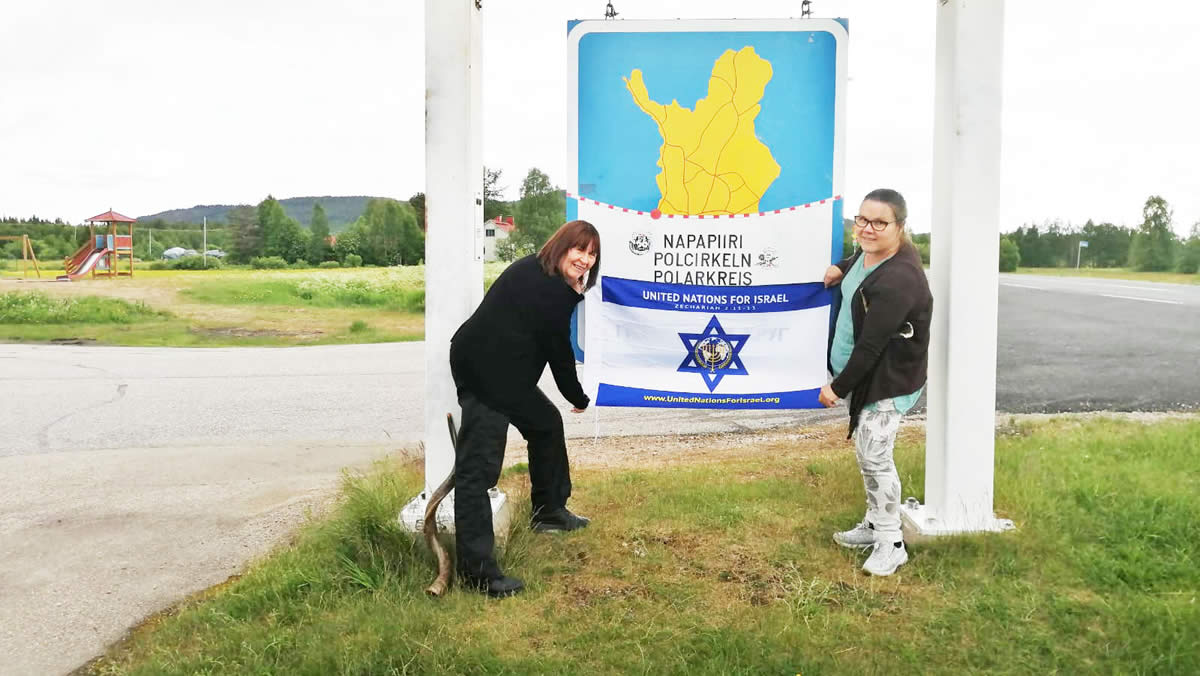 The Finnish team was on a special mission trip to Northern Finland, Lapland. They were visiting a pastor couple in Oulu, the first Finnish pastors who graduated from GRM Bible School! They prayed and blew shofars at the Arctic circle, proclaiming the revival of the third day to the north of the Arctic circle, which includes parts of Russia, Norway, and Sweden. They also visited a young family in Kolari that has gotten touched by the message, and the husband received a Mikveh baptism in the name of Yeshua. The wife also asked for their children to be blessed by Pastor Terhi. Now they are reading many of Archbishop’s books, HalleluYah! 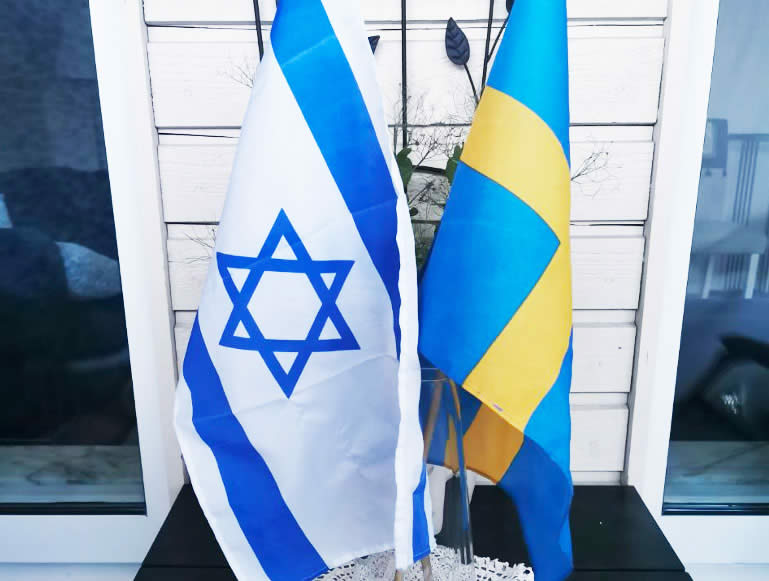 Apostle Sana had an important Mission to the Jewish Children’s island in Norrtälje Archipelago, where summer camps for the Jewish children have been held for over 100 years. Due to suicide committed on the island, there had been a lot of haunted activity. After the Act of Repentance and Prayer, shalom now reigns in the place, and anointing was released!

Abba led Apostle Sana also to send flowers to one of the Shoa Survivors she had met in 2019, 97-year-old Emerich Roth. This was an act of restitution, a gift of flowers with an honoring, grateful message to him as a Jew, thanking him for his priceless service for the Swedish children and youths, educating them about Shoah for over 30 years. Emerich has also started a foundation called Emerichfonden that takes his work to the next generation.

Emerich’s wife answered Apostle Sana with a heartfelt message asking her to visit them personally. What an opening to bless the Jewish community!

D’vora Cheung is continuing to spread the gospel made in Zion to people across Hong Kong. She received the translated version of The Healing Power of the Roots and has given it to key people who need its transforming message. Though they may not be allowed to worship in front of the Synagogue, D’vora and her team member came and prayed under the stairway, bringing in shofars. When confronted by a security officer, they answered in wisdom, and he left them alone. Afterward, they blew the shofar in front of the synagogue. Many more things are happening in Hong Kong. We could write an entire Shabbat letter just on their missions! Praise Yah for all the work they are doing. 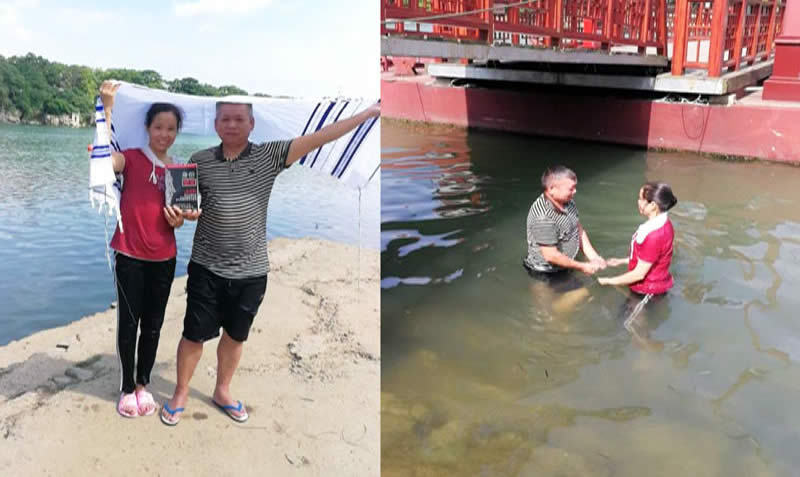 A Chinese sister who had read the book The Identity Theft traveled 1,600 kilometers to receive a mikveh (baptism) in the name of Yeshua from Hadassah in her hometown of Yongzhou in Hunan. She is now eager to start GRM Bible School and join the United Nations for Israel! Fruit is coming forth in China! 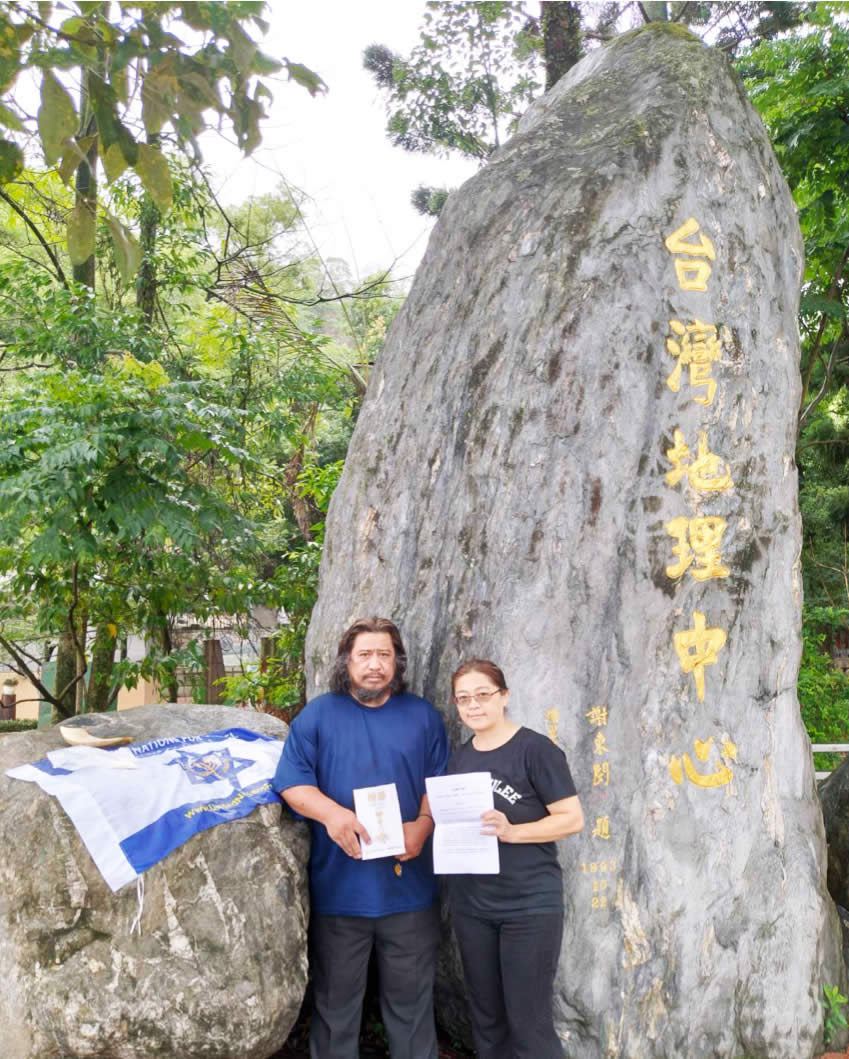 Perach Serena Yang has helped a sister in Hsinchu, northern Taiwan, to rededicate her room and life to Yeshua—removing all pagan items and repenting from the anti-Mesitojuz principality. On June 6, a brother named David was mikved (baptized) in the name of Yeshua in the sea. He is the husband of a woman evangelist named Shuo-Wen. After blowing the shofar for the gospel made in Zion to be heard throughout all of Taiwan, they traveled to an aboriginal couple at Sun Moon Lake, sharing Zion’s gospel and giving them The Identity Theft book. Shuo-Wen preached the importance of making restitution to Israel and the Jewish people, calling 51 people to gather in repentance on behalf of the Taiwanese Government and people of Taiwan, HalleluYah! Perach Serena Yang has also been part of Pastor David Yosef Lee’s healing and deliverance services over Zoom. 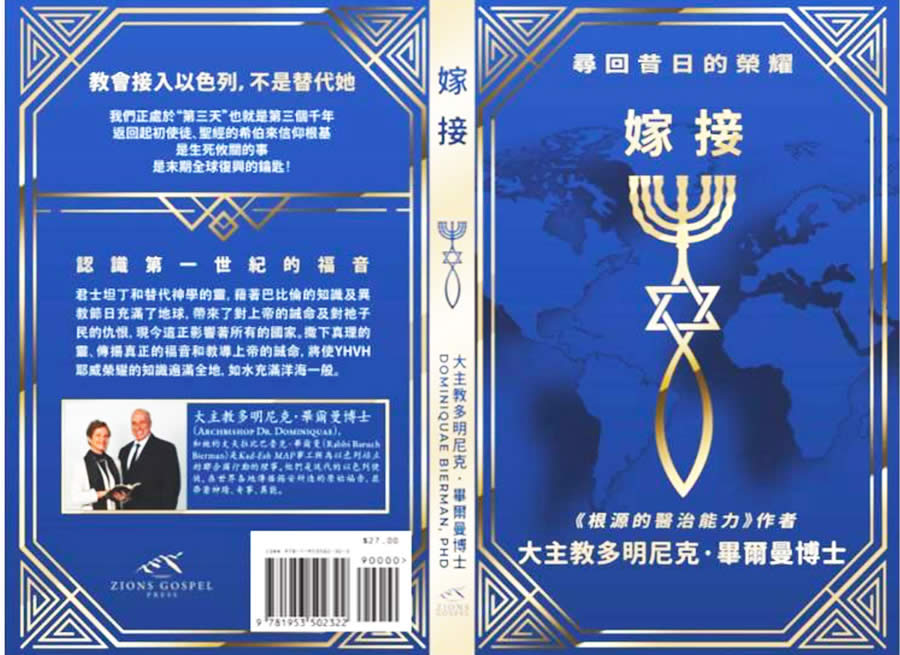 Pastor Dawid and his team have finished with many books’ translations and their proofreading into Traditional and Simplified Chinese. They have the book Grafted In printed with 100 copies in Malaysia, and Taiwan will also print 100. Praise Yah! They plan to make The Woman Factor next in Traditional Chinese, as the proofreading is already complete. They have also completed the subtitles for the entire course of GRI, which includes 57 half-hour or more videos. Not only that, but they are working on making GRM available via Audio in Chinese. Praise Yah!

Pastor Surendra and his team continue praying regularly for Israel and UNIFY. Despite the COVID19 lockdown, they persisted holding regular prayer and Bible study meetings, refusing to give into fear.

Yutong has been studying the Word of Yah (God) through the books of Archbishop Dominiquae Bierman, continuing in the GRM Bible School. She has received the dream for Japan to become a Sheep Nation! HalleluYah, let it be so in Yeshua’s name! Keep Yutong in your prayers and ask for more laborers and co-heirs to join her in Japan!

Wassana faced much persecution in her workplace, a Christian School for native children, where she works as a caregiver and teacher. She has been teaching them what she has been learning in GRM Bible School, which stirred up opposition. In the midst of it, she chose love and forgiveness, and Yah rewarded her with many hungry students who yearn to learn of the Jewish Roots of the faith. They have also been baking Challah for Shabbat together, and she has seen many changes in the lives of the children.

What separates us from Christianity as usual, is shma, which means “hear and do.” This is the instruction of the hour! Use what we have sent already out there and collect the fruit from your own nations. Keep your prayers and different fastings, sharing the videos and The Identity Theft. The best way to eat a big apple is one bite at a time. In the same way, we progress with sheep nations “one bite at a time.”

Your Israeli mentors and friends,

As a member, you will receive a personal invitation with a link to the conference by email. 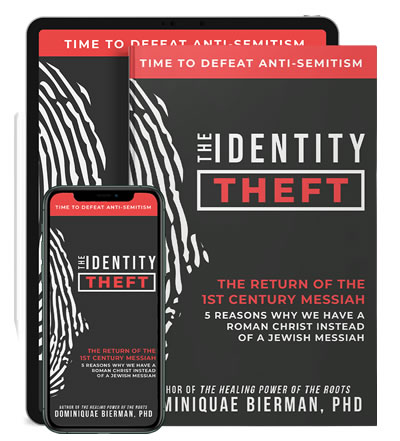 Join a new thing against antisemitism.

Discover your identity in Messiah by restoring His identity as a Jew, not a Roman. Archbishop Dominiquae Bierman’s new book The Identity Theft & the GRI online course defeats antisemitism by showing you the Jewish identity of Messiah. You will learn to walk in first-century power and anointing!

Join the United Nations for Israel.