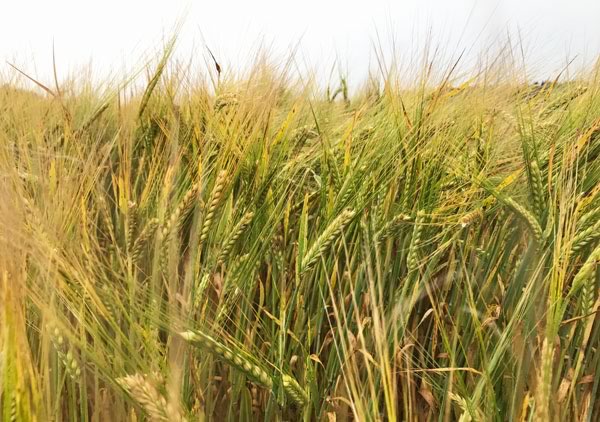 You shall also count for yourselves from the day after the Sabbath, from the day when you brought in the sheaf of the wave offering; there shall be seven complete Sabbaths. Leviticus 23:15 NASB

Counting of the Omer (or Sefirat Ha’omer, Hebrew: ספירת העומר) is a verbal counting of each of the forty-nine days between the Biblical Holydays of Passover and Shavuot. This tradition derives from the Torah commandment to count forty-nine days beginning from the day on which the Omer, a sacrifice containing an omer-measure of barley, was offered in the Temple in Jerusalem, up until the day before an offering of wheat was brought to the Temple on Shavuot.

The Counting of the Omer begins on the second day of Passover (the 16th of the first month or Nisan) for Rabbinic Jews and after the weekly Shabbat during Passover for Karaite Jews, and ends the day before the holiday of Shavuot, which is the ‘fiftieth day.’ We believe that the Counting of the Karaite Jews is the right one as it adheres to the Torah Commandment and not to Rabbinical traditions! However, this is not “cut and dry” as the first day of the Feast of Matsa is called a Shabbat also. So, until Yeshua comes we will join with Israel in their feast dates according to Torah and we will let the King sort this out. For those that want to cover all bases, you can celebrate both dates and have a double portion of Shavuot if you so desire. Nothing in the Torah forbids to have one week of Shavuot and maybe when Yeshua returns He will magnify Shavuot to one one entire week. After all, He said in Matthew 5:17 that He came to bring fullness to the Torah. The One Week celebration would also follow the pattern of the other two Moadim, Feast of Matsa-Pessach (7 days) and Sukkot (7 days). You can have a Holy Convocation on the First Day and on the Last Day. Then you will cover both Shavuot days. This is where the Holy Spirit comes in to give conviction of what is the righteous and wise thing to do.

For now we see in a mirror dimly, but then face to face. Now I know in part, but then I will know fully, even as I have been fully known. 1 Corinthians 12 TLV

In the absence of a sanctified and glorified Sanhedrin, this is my ruling as the spearhead of the MAP Movement. This should stop contention, confusion, strife and competition.

Who are the Karaite Jews?

Karaite Judaism or Karaism (meaning “Readers of the Hebrew Scriptures”) is a Jewish movement characterized by the recognition of the Tanakh alone as its supreme legal authority in Halakhah (practice), as well as in theology. It is distinct from Rabbinic Judaism, which considers the Oral law, the legal decisions of the Sanhedrin as codified in the Talmud, and subsequent works to all be authoritative interpretations of the Torah. It is thought to have arisen in the 7th-9th centuries CE in Baghdad and possibly in Egypt.

Karaites maintain that all of the divine commandments handed down to Moses by Elohim-God were recorded in the written Torah, without additional Oral Law or explanation. As a result, Karaite Jews do not accept as binding the written collections of the oral tradition in the Mishnah or Talmud. When interpreting the Tanakh, Karaites strive to adhere to the plain or most obvious meaning (peshat) of the text; this is not necessarily the literal meaning, but rather the meaning that would have been naturally understood by the ancient Israelites. Peshat means SIMPLE or non-complicated.

Truly I say to you, unless you are converted and become like children, you will not enter the kingdom of heaven. Matthew 18:3 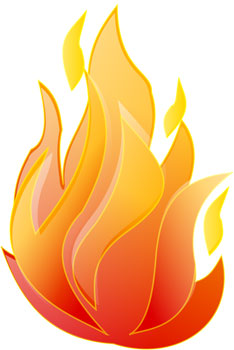 Shavuot is also called the Feast of Weeks because of the counting of seven weeks since Passover and was also renamed “Pentecost” in Christian circles. Pentecost is derived from the Greek word for 50 and indeed the Day of Shavuot came on the 50th Day since the Counting of the Omer – it is written that the disciples of Yeshua were all in one accord and then the Ruach Hakodesh (Holy Spirit) fell on each one of them as tongues of fire!

When the day of Pentecost (Shavuot!) had come, they were all together in one place. And suddenly there came from heaven a noise like a violent rushing wind, and it filled the whole house where they were sitting. And there appeared to them tongues as of fire distributing themselves, and they rested on each one of them. And they were all filled with the Holy Spirit and began to speak with other tongues, as the Spirit was giving them utterance. Acts 2:1-4

Therefore, both the Torah and the Outpouring of the Holy Spirit on the original Kehila (Early Church) happen on the 50th day — counting from the day after the weekly Shabbat within Passover – which is the Feast of Shavuot. The number 50 always represents full restoration, freedom and Jubilee!

Receiving the Word (Torah) and the Spirit (Ruach) on the same day brings us the utmost freedom and complete restoration! So, Shavuot is an exciting Feast of fulfillment, freedom and restoration! It is also the Feast of First Fruits of the wheat harvest.

You shall celebrate the Feast of Weeks, that is, the first fruits of the wheat harvest. Exodus 34:22a

The Meaning Behind the Counting of the Omer

The idea of counting each day represents spiritual preparation and anticipation for the giving of the Torah, which was given by God on Mount Sinai at the beginning of the second month (Sivan), at the same time as the holiday of Shavuot. Thus, the Counting of the Omer demonstrates how much a Jew desires to accept the Torah in his own life, much like a convict that marks an ‘X’ on every day that passes until his day of deliverance! It is notably significant that King David wrote a love letter to the Torah in the longest Psalm in the Bible!

My soul is crushed with longing after Your ordinances at all times. Your testimonies also are my delight; they are my counselors. Psalms 119:20, 24

The word OMER, besides being the term for a measure of barley, also means the speech or the spoken word. Again, we see how in Hebrew one word can mean the whole world!

The Counting of the Omer happens therefore as such: the Omer (certain measure) of (first fruits of) barley is presented at the Temple (during Passover) and continues until the two loaves of (first fruits) wheat bread are presented at the Temple 50 days later. So, during these 49 days we count the days until the OMER (spoken word) of Elohim becomes WRITTEN TORAH on Mount Sinai on the 50th day!

Here is a Prophetic Instruction that can change your life!

Is there anything that you are struggling with that you cannot change? Declare the Word of YHVH with faith and expectancy every day for 49 days — and expect that on the 50th day it would be written in your heart! Take the word that He has spoken to your life, a word of instruction and promise and declare it for 49 days (every day!) — see how your life comes to a place of total change and transformation!

So will My word be which goes forth from My mouth; It will not return to Me empty, without accomplishing what I desire, and without succeeding in the matter for which I sent it. Isaiah 55:11

When we “count the Omer” declaring His Word, fear and doubt will vanish from our hearts. When that happens miracles happen!

Truly I say to you, whoever says to this mountain, ‘Be taken up and cast into the sea,’ and does not doubt in his heart, but believes that what he says is going to happen, it will be granted him. Mark 11:23

Could it be that the disciples that gathered in the Upper Room were counting the Omer in prayer, rehearsing again and again the words that Yeshua told them?

But you will receive power when the Holy Spirit has come upon you; and you shall be My witnesses both in Jerusalem, and in all Judea and Samaria, and even to the remotest part of the earth.” Acts 1:8

And, as they were repeating and declaring these words, all of a sudden the Holy Spirit fell? They were eagerly waiting and praying — actively believing and declaring the Omer (the spoken words of Yeshua when He was with them!) — and then, a Mighty Rushing Wind…. 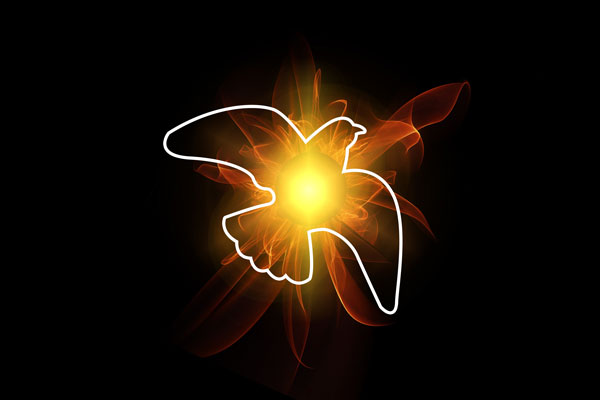 When the day of Pentecost (Shavuot) had come, they were all together in one place. And suddenly there came from heaven a noise like a violent rushing wind, and it filled the whole house where they were sitting. Acts 2:1-2

Gathering them together, He commanded them not to leave Jerusalem, but to wait for what the Father had promised, “Which,” He said, “you heard of from Me; for John baptized with water, but you will be baptized with the Holy Spirit not many days from now.” Acts 1:4, 5

As we eagerly await Shavuot, counting the Omer — remembering and declaring the Words of the Father and of the Son — may we be rewarded with a fresh new outpouring of the Holy Spirit in all of our lives! And may we be found faithful as we keep PRAYING FOR REVIVAL IN ISRAEL!

A happy and blessed Counting of the Omer season!

Your friends and mentors in Israel 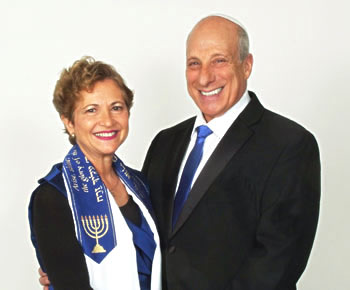 Watch: The Battle Over Jerusalem, Part One

The rich history of the holy city of Jerusalem is recalled as we join Archbishop Dominiquae Bierman and the Bible School on Wheels during this comprehensive teaching from various sites. Many have occupied this land over the centuries. Today there is still much controversy in this ancient capital city, but recent archaeology and recorded history proves the facts of a constant Jewish presence to be true.

Book of the Week: The Healing Power of the Roots

It’s a Matter of Life or Death!